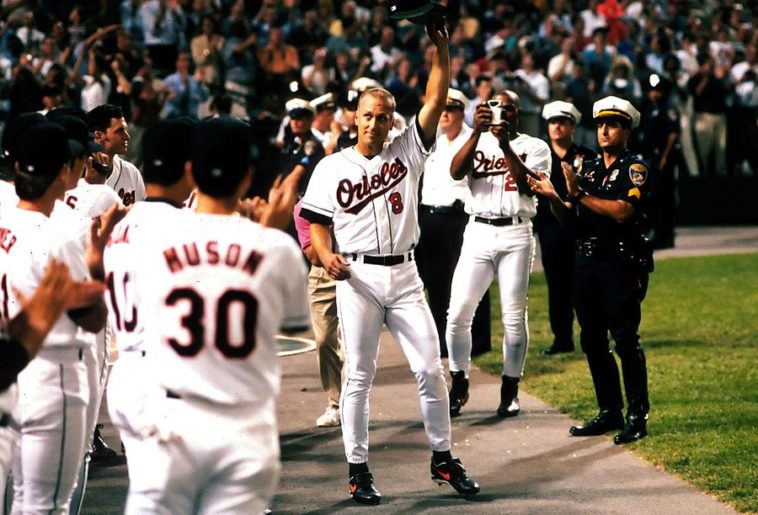 On September 6th, 1995 Cal Ripken Jr broke Lou Gehrig’s record by playing in his 2,131st straight game a record that frankly will not be broken. Keep in mind there are 162 games in a season. Simple math 2,131 divided by 162= 13.15 straight seasons without missing ONE game. No flu, no cough, no tweaked ankle, nothing. This record will probably stand until the end of time. Unless robots exist even then they might run out of batteries.

To top off playing in his 2,131st straight game. Cal Ripken Jr. lived up to the moment by hitting a home run in the game that was just a absolute mammoth shot.

Cal Ripken Jr’s home run on 2,131 was an absolute BOMB. Never a doubt he wasn’t going yard that night. pic.twitter.com/QRA9aeZA3L