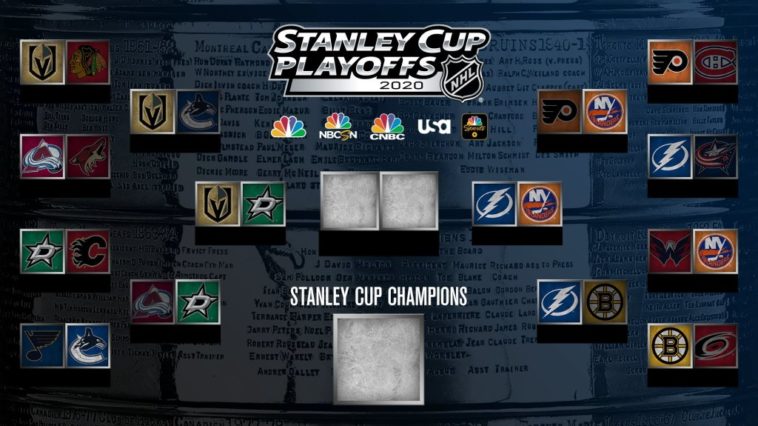 Here we are so close to the Stanley cup after some intense conference semi-final play that had 3 series go to game 7! With plenty of heartbreak to go around, 4 teams are battle tested and are close enough to see the gleam of Lord Stanley’s cup. Who will win their conference and have a chance to bring home this “Bubble Cup?” Keep on reading for predictions!

After predicting the Lightning to lose two series already, they are still here and made it to their conference finals the fastest after dispatching of the Bruins in 5 games and scoring 19 goals along the way! Part of this flurry of goals is thanks to Ondrej Palat and his 5 goals (including one overtime game winner) and Hedman’s return to the lineup full time this series has also been monumental culminating into his double-overtime game winning goals to push the Lightning into the next round. Not to be ignored was Andrei Vasilevskiy who has a .931% (best for a goalie this postseason who has played more than 5 games) and outperformed that this series with a .936 against a team with one of the best offensive lines in hockey. I kept choosing against this Tampa Bay team who has not been able to rise up to the moment this past decade as a contender but maybe they really are different this year.

Victor Hedman with the goal that sent the @TBLightning to the Conference Final! #StanleyCup pic.twitter.com/kJBA3Fz9NZ

In a series that probably should have ended sooner (see the final game of 4-0), the Islanders put themselves in the ECF for the first time 1993. Do they have what it takes to be to the Stanley Cup for the first time since 1984? The Islanders do have the best defense in the NHL to this point allowing only 1.94 goals per game and have done so while killing off penalties 81.3% of the time and only allowing 26.9 shots per game! The question mark was on the offense that got it going against a strong Flyers defense behind Brock Nelson and his 4 goals this series. The Islanders also have Anthony Beauvillier who has 8 goals this postseason that’s tied for 3rd most. The Islanders will have to ramp up their scoring if they are to proceed to the Stanley Cup, and need Varlamov to bounce back to his beginning of postseason form.

Best essay ever, in our opinion ? pic.twitter.com/C6xKsDJduF

This is tough because the Lightning seemed to have gotten past their playoff demons through two rounds, but I am just not positive they can continue pushing past it. It comes down to can I afford to keep betting against the Lightning and betting on the Islanders? Islanders coach Barry Strotz is only 2 seasons removed from winning a Stanley Cup with the Capitals and I like that experience. This is a tough call, but the Lightning just have more star power than any of the other teams the Islanders have faced, and I think that will be enough to push this Lightning team into the Stanley Cup Finals.

After snatching a 3-1 lead, the Knights held on to win a series that went 7 games from a Canucks team that rode on the shoulders of Thatcher Demko to make it to game 7 before the Knights finished off the Canucks swiftly. The Knights are all around a solid team that has made it to another Western Conference Final on the heels of depth and excellent goalie play. Robin Lehner leads all goalies in shutouts with 3 of them thus far in the playoffs and in this series, and Andre-Fleury chipped in a win of his own (even though his team definitely bailed him out in that game). As for the depth, the Golden Knights had 5 players with 5+ points in this series including Shea Theodore who has been a revelation in these playoffs with his assists and goal-scoring abilities. Throw in some Tuch and Pacioretty with 4 goals apiece and you have a team that scores 3.27 goals per game. The Knights also boast one of the best penalty kills this postseason with 87%! Special teams will play a big part of this series with both of these teams converting on over 20% of their power plays.

What a moment for Joel Kiviranta and the @DallasStars.#Game7 ?
OT win ?
Hat trick ?
Advance to the Western Conference Final ?

The #StanleyCup Playoffs are something else! pic.twitter.com/mqvuigO8Sa

Being an Avs fan, it really pains me to see this Stars team in the conference Finals after we climbed back from a 3-1 hole just to lose in overtime to this Stars team. One thing the Stars had going for them was their power play conversion of 28.3% and scoring 15 times on power plays during these playoffs. The Stars are no slouch on even strength either as they have scored 54 goals during this postseason and are looking to pour the shots onto a Vegas net that was very hit or miss during the last series against a Canucks team that is not nearly as explosive. The Stars will have to tighten up on defense and cannot afford to let Vegas shoot 33 times per game (as they have been letting other opponents do that) and leave their goalies out to dry who already both allow 2.94+ goals per game this postseason. The Stars already have embraced that defense is not their game, and have allowed Miro Heiskanen (21 points), Jamie Benn (13 points), and Joe Pavelski (12 points) to do their thing and score goals.

This is going to be another close series, but I have to go with Vegas for a few reasons: