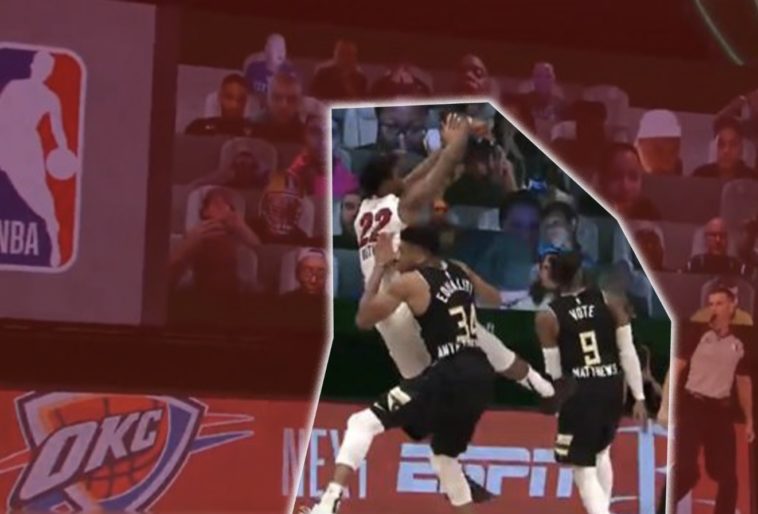 The referees in Game 2 of the Eastern Conference semifinals series between the Milwaukee Bucks and Miami Heat butchered the ending with a pair of foul calls.

The Heat won the game 116-114 after Jimmy Butler made two free throws with no time left to take a 2-0 series lead.

Miami was up 114-111 when Goran Dragic was called for a questionable foul on Khris Middleton with 4.3 seconds left. Dragic barely touched Middleton, but the foul call nevertheless resulted in three free throws for the Bucks forward.

Then Miami gave the ball to Butler for the final possession. He attempted a shot at the buzzer that missed, but the refs called a foul on Giannis Antetokounmpo.

So yes, basically there were two awful calls. The game ended the way it was suppose to regardless, it should’ve never been tied by the Bucks anyway, so it really fixed itself….

So basically if you missed this game.

Miami got fucked by the refs. Then the refs felt bad for the Heat so they fucked Giannis and the Bucks and Butler hit the free throw to win. pic.twitter.com/NqjHKoEVWU