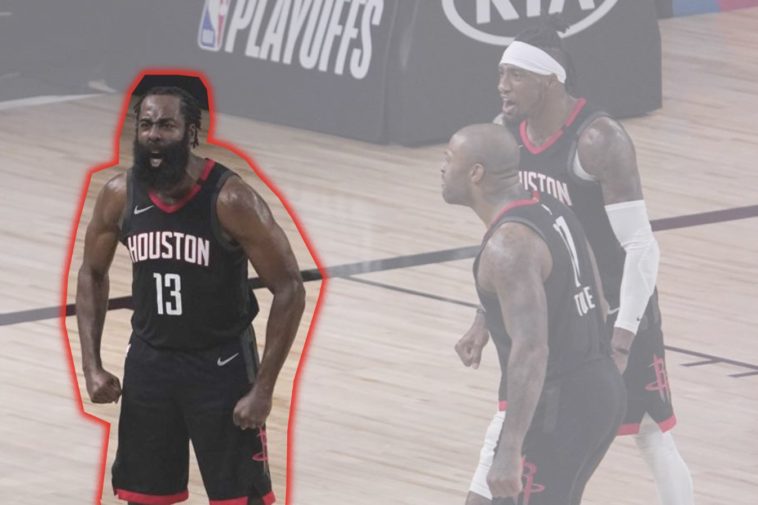 We all know James Harden is not considered a primetime performer, or a clutch one. Well, that didn’t change for the most part today during the Houston Rockets game 7 against the Oklahoma City Thunder. Harden finished 4-of-15 from the field and 1-of-9 from three. He had 17 points, 9 assists and 3 blocks, but, James Harden is should now be considered shot blocker or a defender?

Defense has been another key complaint by many NBA fans, while I have personally defended him. He has been better than people have given him credit for. Today he finally had his big moment in a big game, but it did come on defense.

He did admit after the game though, that he played like shit.

Overall this game was a thriller, with the Thunder hanging in all game. Chris Paul was clutch as usual, and proved that he was a legend today, despite the loss.

Chris Paul is the oldest player in NBA history with a triple-double in a Game 7, via @jkubatko @thesportsontap

Good for the Rockets on winning today, even though Scott Foster was out to get them as usual.

SCOTT FOSTER MAKING CALLS FROM LONDON TO ORLANDO TO TRY TO STOP THE ROCKETS ? ? pic.twitter.com/fOJpdDOjWI

Unfortunately, next up: the Los Angeles Lakers.