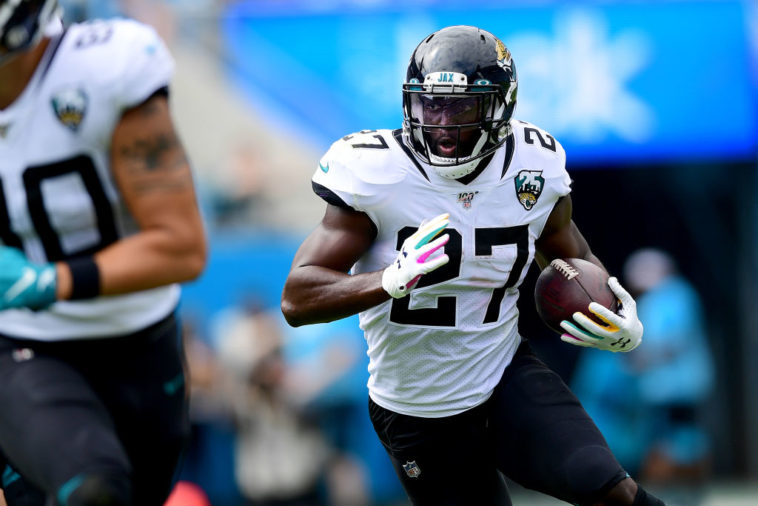 Now that the Jaguars have severed ties with former number 4 overall pick Leonard Fournette, that begs the question: Where can he help a team win and who wants him? I am not sure on who wants him, but these are a list of teams where I can see him contributing either as an upgrade, but mostly as a complimentary back.

We have waived RB Leonard Fournette.

James Conner has been a good running back for the Steelers, but they have not reached the same heights that were common when Le’Veon Bell was healthy and amassing lots of touches. Conner would still have a role and would last longer. Conner only started 10 games last year and if the Steelers were more confident in their running back. Say, one who has toted the ball 666 times over three years. Fournette would also benefit from splitting carriers with more of a one-cut back and wouldn’t have to leave the field for pass-catching as he had over 500 yards last year. I think Fournette helps the Steelers stay tight to the Ravens in this competitive AFC North. The only tight squeeze here is that the Steelers are 29th in cap room remaining but if they are able to get Fournette on a one-year $3.5 million “prove-it” deal, it might be their best move of the offseason.

The Dolphins already have discount Leonard Fournette in Jordan Howard, but why not go and get the real deal? The Dolphins did pick up Breida but Fournette would make life so much easier in the run and pass game for whoever is at quarterback. Plus, it never hurts to have a stable of running backs like the 49ers made obvious last year. Injuries do happen and the Dolphins have the money to spend on a guy like Fournette who can knife through some of the more suspect defenses in the AFC East.

The Pats have an insane amount of money, and spending on a bona fide talent would not be a waste. Fournette could be one of the greatest running backs in New England history if they could sign him to a four-year deal. This is one of the few teams I could see giving a longer deal to Fournette and could sign him easier. Sony Michel either hasn’t been the answer or hasn’t gotten the chance and I don’t see James White sticking around for much longer. Fournette could be what Newton needs to ease back

The Chargers let Melvin Gordon sit out and get replaced before letting him test free agency. They are comfortable with Austin Ekeler starting and should be. Why not see if they can get a bargain on Fournette that could help keep Ekeler out from between the tackles and fresher? With quarterbacks on the roster who you’re not sure can take over a game, picking up Leonard Fournette could be critical in contending in an AFC West that got significantly better during the offseason.

The Saints have one of the best running backs in the game in Alvin Kamara. Kamara’s numbers fell off last year by about 100 yards in both running and receiving. His TD production also fell off and the first thing that I noticed was Mark Ingram’s absence. The Saints tried to patch that hole with Latavius Murray but he wasn’t quite on par with Ingram’s production, or talent. Now Leonard Fournette, that’s a true talent and there’s a reason he was the number 4 pick back in 2017. Fournette on a one year “prove it” deal could be EXACTLY what the Saints need to win a Super Bowl ring in Brees’ twilight season.

The Panthers are another team who could use some thunder to their lightning. Ok, they don’t need a complimentary back to Christian McCaffrey, but can you imagine? Teddy Bridgewater is a game manager who can thrive in this Panthers system that has a great running back and invested heavily into defense during the draft and offseason. The Panthers can keep the ball on the ground almost entirely with the signing of Fournette and play keep away from the more explosive quarterbacks in the division that can make any throw. This could help the Panthers slow down the game that has done nothing but speed up the past few years and maybe be a surprise playoff team.

The Buccaneers are dangerously low on salary cap after all their spending in the offseason (cough cough, Brady). However, the Bucs still have question marks in the backfield with Ronald Jones not having broke out yet, and Shady McCoy on year 12. Fournette could patch up those holes immediately and break down weaker NFC South defenses and keep the pressure off of squarely Brady’s 43-year-old shoulders. Fournette could be the difference between an NFC Championship finish, and a Super Bowl win.

The Eagles went through running backs like crazy last year as Boston Scott ended up starting as a fourth string guy. There’s a pretty big drop off after Miles Sanders and Boston Scott to bounce back from. Being that the Eagles were most successful with more bruising backs like Blount and Howard (when healthy) these past few years, Fournette would be a great fit for Pederson and company. This is kind of a make or break year for the Eagles where they can begin to get left behind by a revamped Cowboys team and a Giants team trending in the right direction. By taking Fournette, they also deny a division rival from picking up this great talent…

After another LSU running back did not workout for the Washington football team, they can make up for their mishap with another LSU back in Leonard Fournette. For a team without many offensive weapons and over $30 million in cap space, it would not make any sense to try and not help their young quarterback with a powerful running back who can also catch and swing the Washington football team 3 more wins than without him. The aging Peterson is not the answer and there’s question marks as to who will start this season for Washington and Fournette would be an immediate answer.

The Cardinals have already had one of the most attention-grabbing offseason yet and signing Fournette would only add onto the highlights of the offseason. I know Drake was great for the Cardinals last year but Fournette would be a more consistent runner with Drake serving as the boom/bust back who’s more explosive. This would propel the Cardinals into a top 10 offensive unit (if they weren’t going to be already). Fournette can help Murray and the Cards win an NFC West crown, and maybe a first-round bye.