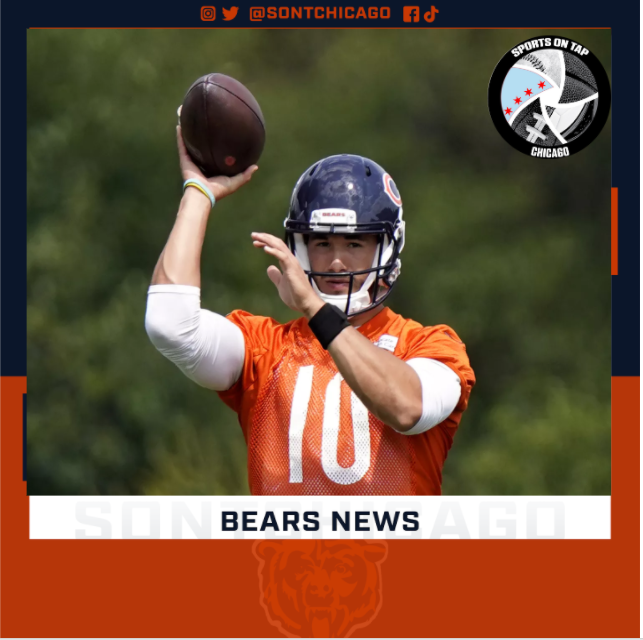 Did you hear that? That’s the sound of the glass breaking on a fire alarm because this take is flaming hot!!

Now that I have your attention, just take a quick glance at the Bears schedule and just try and tell me that this team couldn’t go 16-0:

Let’s just take a look at this week by week. If I don’t have you convinced by the end, then you officially are a hater.

Giants are even worse than the Lions and momentum is 100% on our side with the home opener. Bears roll by 40.

Atlanta is still in shambles from Super Bowl LI and blowing a 28-3 lead to New England. They totally have a confidence problem. That being said, this does have the perfect setup for a trap game, given a firm week 4 opponent but the Bears easily roll here. The Bears D is still too strong to lose games like this.

With Philip Rivers headed to Indianapolis, the Colts are very much a threat once again. He may be older than dirt and have more kids than I can count, but he knows a thing or two about chucking the rock. Indy doesn’t have too many ways to hurt us, but a determined Bears team just starting to hit their stride does not struggle against the Colts in week 4.

This is going to be the must watch game of the season. Tom Brady and Gronk are gonna be reunited in Tampa Bay and they’re headed to Chicago for some prime time Thursday night football. This match up legit scares me more than anything else on the schedule for the prime time curse alone. Ultimately, I think this Bears squad will have themselves figured out by then but they just squeak by Tampa in week 5.

Carolina is another squad that’s fallen hard from great heights. I don’t have any serious concerns here outside of Christian McCaffrey doing something absurd, which is very possible.

ESPN’s new NFL power rankings today have LA at 17th overall, which I think is highly generous, considering they have the Bears at 22 (coastal elite bias). Either way, the Bears have too many weapons and made too many good off season moves not to be able to overwhelm LA. This is a Monday Night Football match up but if the Bears can beat the bright lights of prime time, they can beat anyone.

This is what I would consider the first true test of the 2020 season. If Brees starts, I’m nervous. If Taysom Hill gets the start, then I’m REALLY nervous. At the end of the day, I think New Orleans has stayed the same or worsened over the past 3 years, so we’ve seen this team before and I think the Bears steal one here. This is where I predict Mitch has an insane 2 minute drill late in the 4th that sets up the game winning FG from Eddie P.

This is another really tough match up that serves as the opposite of a trap game. The Titans are a very serious threat and are so close to putting together a contending team. The Bears are also on the road, which is worrisome but this is a Sunday noon game aka The Gentleman’s Time Slot that the Bears just love winning big in. Don’t count Chicago out this week.

On a bye week, the toughest opponent is yourself but Mitch’s mind is strong. Doubt will not defeat him.

So far, the first half of the season was more or less a cake walk but playing the Packers at Lambeau is never an easy task. We have a few things going for us though.

I truthfully think the Bears will shock people with how good they look in this game. I expect a lot of defensive scoring. It’ll be poetic, like Khalil Mack’s opening game as a Bear against the Packers in week 1 in 2018 but with a happy ending.

Too easy. Bears dominate for 60 min.

I’m not really looking forward to the constant Mitch vs Deshaun Watson draft stuff but hey, comes with the territory. Again with a 12 pm Sunday time slot too. I don’t like the Bears here, I love ’em.

Indoor against the Vikings? Bears by 30

This is another game that makes me nervous. The Jags have only gotten better, not worse, during the Mitch Trubisky era and Gardner Minshew is a worthy adversary, able to keep plays alive that should’ve fallen apart. Jags defense is also nothing to sneeze at but I think this Bears team will be so locked in at this point, they should handle things efficiently. I think things were so bad for this Bears team that the last thing that they’ll do is look past any team to the playoffs.

Another worrisome match up but I think the Bears will have the Packers figured out by week 17 so I’m not particularly worried. Add on top that fact that we’re not traveling makes things all the sweeter. Bears by 10

It seems pretty ridiculous to even suggest that the Bears could go undefeated but take a long, hard look at their schedule and tell me it’s impossible. Nothing’s impossible with this team.