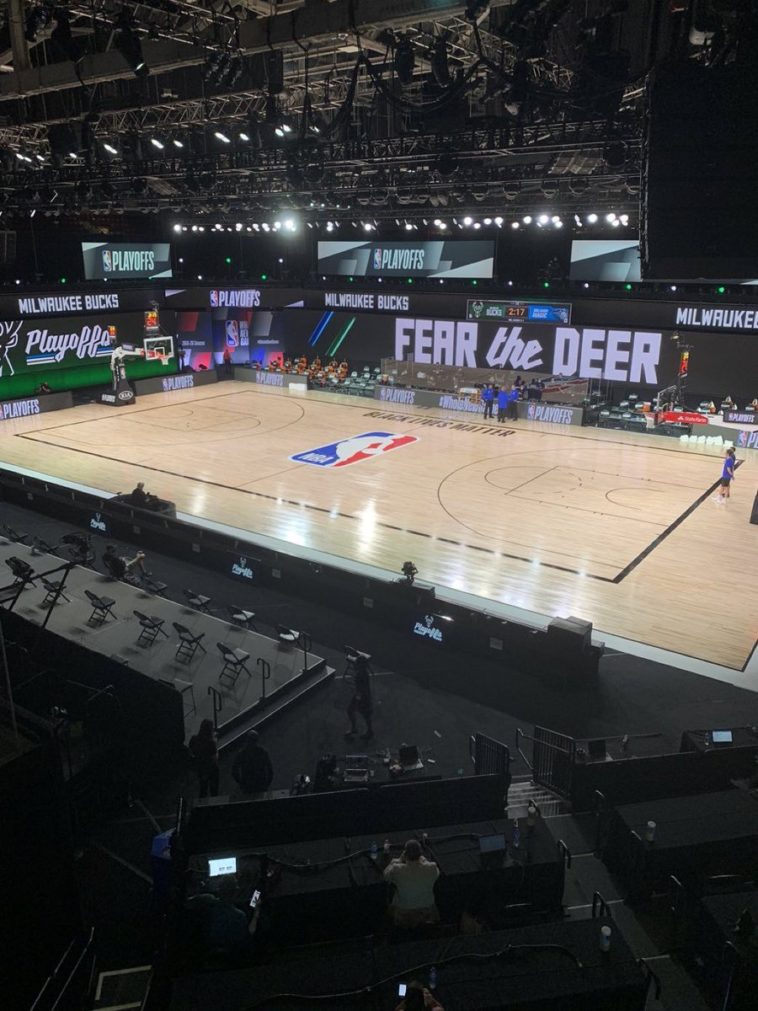 The situation inside the NBA bubble has taken a somber tune the last few days as video surfaced of Wisconsin police officer shooting Jacob Bale. The Milwaukee Bucks have not left the locker room for their game against the Orlando Magic. As Orlando Magic players warmed up on the floor by themselves.

The Milwaukee Bucks did not come out to protest the Jacob Blake shooting and the Orlando Magic have now left the court as well pic.twitter.com/NMkHId8mNQ

And after a few minutes of speculation the team has decided to boycott the game,

The NBA is in an interesting situation as many before the bubble were concerned about the racial tensions in the United States whether players would even want to play. After the shooting of Jacob Blake it seems like players around the NBA are considering drastic actions and many players are agreeing with the Bucks in this stance.

The Bucks players made this decision in the wake of the Jacob Blake shooting in Wisconsin, ultimately deciding that they wouldn't leave the locker room for the start of Game 5 against Orlando. https://t.co/COJ6E0aJLj