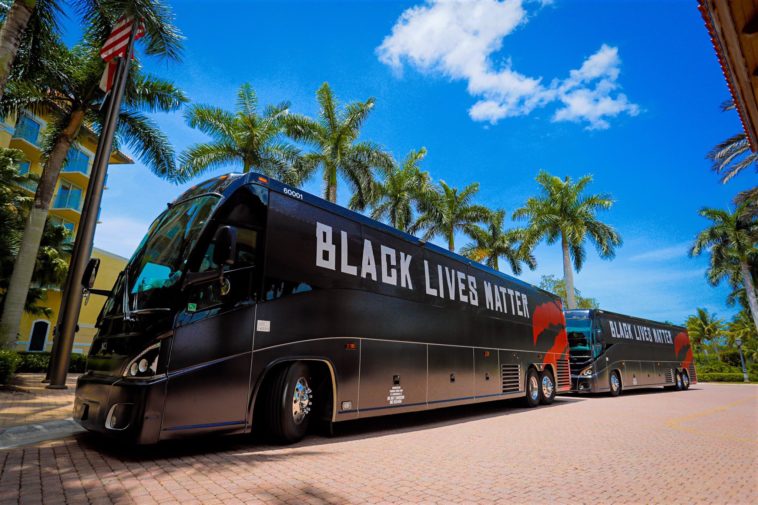 The NBA and it’s players discussing what actions to take after the shooting of Jacob Blake. Some players are even wondering if it was worth even returning to the bubble. For example the Toronto Raptors are discussing boycotting game 1 of their 2nd round series against the Toronto Raptors:

BREAKING: The Raptors are discussing not playing against the Celtics in Game 1 as a response to the shooting of Jacob Blake. (via @malika_andrews) @thesportsontap pic.twitter.com/uMj4UPMvMu

George Hill calls for social justice after the police shooting of Jacob Blake in Wisconsin. pic.twitter.com/Ux9DXqERr3

“We can’t do anything,” he said when asked what Bucks players can do given the fact that the shooting took place in their hometown state of Wisconsin. “First of all, we shouldn’t have even came to this damn place, to be honest. I think coming here just took all the focal points off what the issues are. But we’re here, so it is what it is. We can’t do anything from right here, but I think definitely when it’s all settled, some things need to be done.”

Meanwhile Celtics guard Jaylen Brown is says he wants to go protest rather than playing basketball:

I want to go protest

Tumultuous times in the NBA and around the world. Will be interesting to see what happens next.