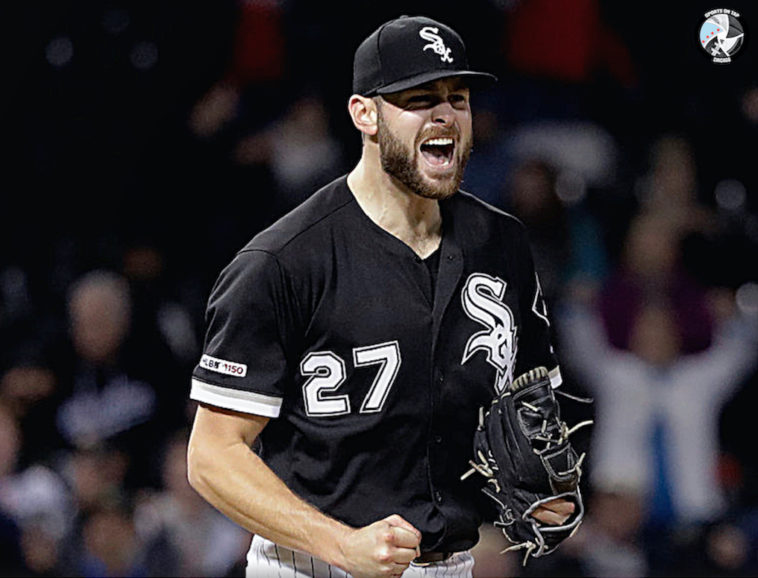 HISTORY!!!! Lucas Giolito has thrown a no hitter against the Pittsburgh Pirates, the 19th no-no in White Sox history #WhiteSox #ChangeTheGame #LetsGoBucs pic.twitter.com/aIBeiBun6C

While some no hitters/perfect games may come as a surprise (looking at you, Philip Humber), this was nothing of the sort.  Lucas Giolito’s No-No was an absolutely dominant outing, where he struck out thirteen Pirates batters and only allowed one baserunner in the game.

Looking deeper at the numbers, it was clear to see that the 7-18 Pirates had no answer for what Giolito was serving them throughout the entire game.

With a steady diet of 85% fastballs and changeups, Giolito carved the Pirates up for an absolutely absurd 30 whiffs, with Pittsburgh batters whiffing on 54% of their swings.  Simply put, from pitch 1 to pitch 101, Giolito was a bona fide ace.  While the 101st pitch of the night will be the one remembered, this was a monster effort from start to finish.

Lights out in the park. Lights out on the mound. pic.twitter.com/mdSyyZ6j3x

Now, I could spend more time on the no hitter itself, but there isn’t really much more to say other than the last few paragraphs.  Where I want to focus on is how incredibly awesome it is that Giolito was able to get to this point in his career, reaching the second highest single-game mountaintop you can as a pitcher.  In a career of ups and downs that are likely unrivaled for a 26 year old, this is now the peak.

We all know the narrative at this point – a first round pick out of Harvard Westlake by the Nationals in 2012, Giolito had Tommy John Surgery the same year after two professional innings in his first significant hurdle.

Lucas Giolito needs Tommy John after 2 innings in GCL. Let the debate begin: Should they have shut him down after 1? http://t.co/Fmpw2Pzn

A surgery, by the way, that Lucas himself mentioned helped him develop the changeup that he now uses as his money pitch.

From there, Giolito made his debut in 2016 after being ranked as the top right handed pitching prospect in baseball two years straight, before being sent to the White Sox in the Adam Eaton trade.  After that came the 2017 7 inning no hitter, the 2018 season that saw him as statistically one of the worst pitchers in baseball, the subsequent offseason mechanical overhaul, and the 2019 All Star Season.

The result?  A sheer flip in his production with a continued to ace status in an even more dominant 2020 season thus far.

Speaking of the 2020 season, the ups and downs over just the last few weeks have been incredible by themselves.  Just a month and change into the season and we’ve had:

While his season has had its struggles, Giolito has time and time again shown why he’s the ace of this staff moving forward.  When the White Sox have needed him most he’s answered the bell.  In a rotation full of question marks, he’s the guy that you know will get the job done.

And if he does hit a rough patch?  He’s going to turn a corner, move on, and get back to dominating.  He’s been there before, and instead of relying on his past he tore down the mechanics, rewrote who he was and became one of the best pitchers in the sport.  That’s the guy you want on the hill every five days.

So yes, while watching Lucas Giolito’s no hitter it was easy to get caught up in the moment and obsess over the dominant pitcher he has become.  However, I found it meant even more when you reflected on where he’s come from and what he’s been through in his young professional career.

From phenom prospect to the surgeon’s knife, from the bottom of the league and being written out of many fans’ rotation to an All Star, to a no hitter on the mound at 35th and Shields.

He’s from Hollywood, but you can’t write it up better than that folks.