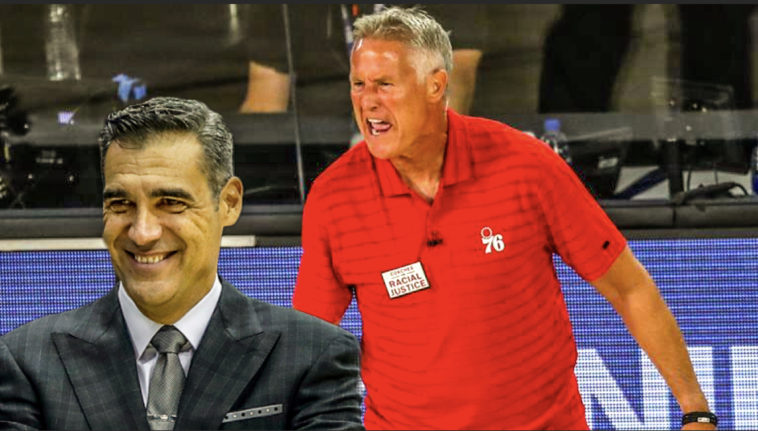 Well we knew this was coming but now it’s offiical. The Sixers stnk it up in the bubble. And the 76ers couldn’t have made it official quicker but they have fired head choach Brett Brown. And some of the names they are linked to replacing Bretty Brown are huge. Including Villanova head coach Jay Wright.

Sixers are expected to let go
Brett Brown, according to @ShamsCharania

Candidates according to Shams

If I was Jay Wright and I wanted to get in the NBA this is the opportunity I would take. Villanova is in Phialdelphia as our the Sixers. So you wouldn’t have to move your whole life around to make it work. However, Jay Wright could stay at Villanova for the next 25 years and never get fired. He would have 4-5 season maximum to turn around the 76ers. It’ll be interesting to see who takes the 76ers job because with Embiid and Simmons you have two building blocks and if you decide to trade one of the two you can get a huge return back. We’ll just have to wait and see.