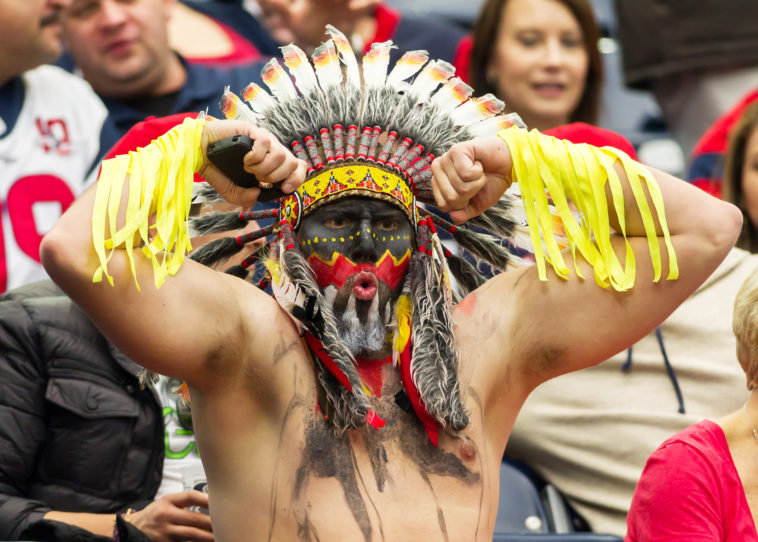 The Kansas City chiefs have announced that they will not allow fans to wear head-dresses or paint their face in anyway that “references or appropriates American Indian cultures”. This is according to a release from the Chiefs sent out on social media.

Effectively immediately, the #Chiefs have banned fans from wearing headdresses or American Indian-themed face paint and are "engaged in a thorough review process" of the Arrowhead Chop, among other changes. https://t.co/73Oggz9VGh

Yes even the drum-deck is going under a face-list in Arrowhead stadium.

Oh yeah, I got to give the drum a go on the new Drum Deck. @jcharles25 will be here before kickoff this Sunday. The @Chiefs’ leading rusher will be the first drum deck honoree for a regular season game (I’ll be on standby). pic.twitter.com/13M8R1xqLv

Here’s the thing, I’ve been pretty consistent in my messaging. The super “woke” crowd isn’t going to quit. They complained abotu the Washington Redskins until they got their name changed. It doesn’t bother me one bit. However, what bothers me is that there is no end. It wasn’t like the super woke army of social media was going to say “hey thanks for changing the name Redskins, we are good now”. Nope. They were going to go look for something else to complain abou and they finished with the Cleveland Indians and now they moved on to the Chiefs. 100% they will demand the team name to change next. And most likely the Chiefs will give in and change their name. That’s how 2020 works. What are your thoughts on the Chiefs decision to ban head-dresses and Native American paint.