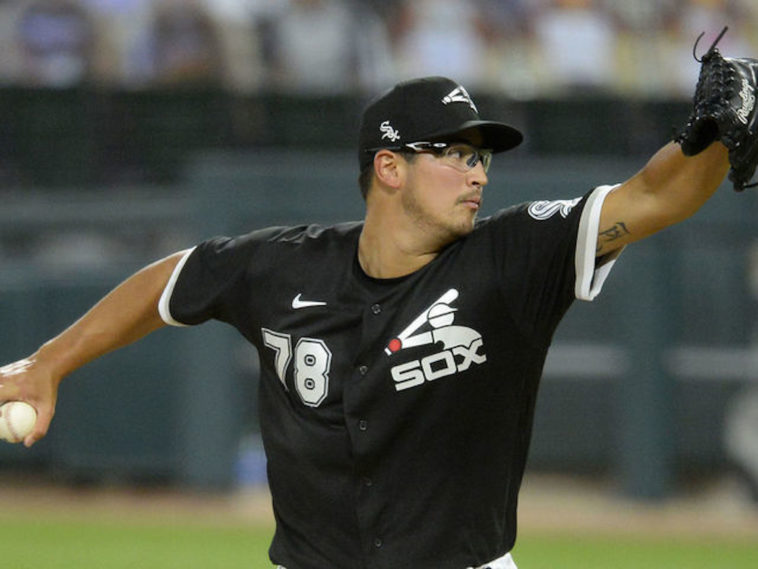 Lost in the ascension of perhaps bigger name prospects, Dane Dunning had to patiently wait for his time to take the hill for the Chicago White Sox.  While guys like Michael Kopech, Lucas Giolito, Dylan Cease, and even Reynaldo Lopez had their moments and fanfare, Dunning seemed to fall by the wayside over the course of the last two years.

Dunning, the 92nd overall prospect in baseball back in 2018, had fallen on hard times over the past two seasons.  With two seasons cut short by injuries, most significantly the March 2019 Tommy John surgery, it was easy for the casual fan to forget about Dunning among the other pitching options that were more visible.

While we may have forgotten, the 2020 season gave Dunning the perfect opportunity to gather that momentum back.  Perhaps it was rather symbolic his debut came against Casey Mize, the 2018 first overall pick, who had rapidly ascended to the big leagues in large part due to the COVID craziness of 2020.

Well, in that debut Dane Dunning reminded everyone why he was once such a highly touted prospect, and that he still deserves to be in the conversation for the rotation of the competitive window.

While the box score, at a glance, isn’t the most impressive, it is important to keep in mind all three earned runs came on a Jeimer Candelario homer on his last pitch of the day.  Obviously, that can’t be ignored, but removing one pitch that got tagged paints this outing in a much different light.

And while the start did hit a rocky patch at the very end, there were periods of absolute dominance, including the 2nd and 3rd innings where Dunning struck out 5 of the 6 batters he faced.  He got there by way of absolute filth that got him the Pitching Ninja treatment, something that certainly highlights just how on his stuff was.

The velocity isn’t dominant, but stuff like that, when controlled properly, will always play.  If last night was any indication, Dunning has that part under control.  The next thing to follow will be consistency across starts.

When the dust had settled, it was clear Dane Dunning was ready for the moment.  I’m not out here to proclaim him as an ace or the savior of the staff, but what I saw last night was nothing short of impressive.  The rotation for the White Sox seems to be the biggest limiting factor in how far this team and the next few White Sox teams can go.  Once you get past Lucas Giolito and Dallas Keuchel, there is a lot of unproven talent with a lot of question marks.

If Dane Dunning can force himself into that conversation as a solid middle to low end of the rotation guy, that would be a huge win for the White Sox, given the lack of pitching depth in the organization.  After all, when he last pitched in 2018 he was nothing short of dominant, albeit against AA competition.

His career still has a long ways to go before being a staple of the rotation.  After all, being optioned back to Schaumburg the day following his debut certainly delays the next time we’ll see Dunning take the mound for the White Sox.

While it makes sense he’s not needed in the rotation for a bit, the flip for Delmonico seems odd.  Nevertheless, here’s to hoping we see a few more Dunning starts over the course of 2020.  If he can cement himself as a rotation option heading into 2021, the rotation battle between Kopech, Lopez, Rodon, Dunning, and whatever potential free agents will be primetime viewing in Arizona in February.