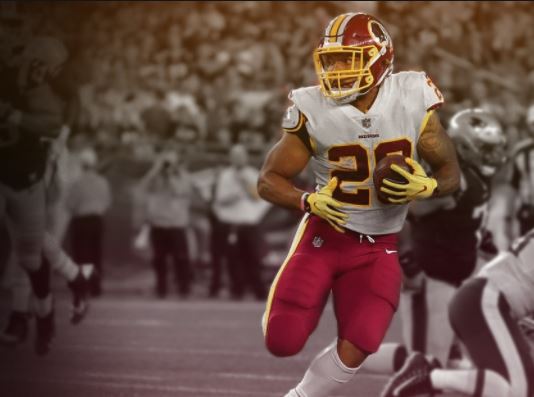 Derrius Guice was accused of rape twice while at LSU. And let’s make one thing perfectly clear from the start. This isn’t two girls coming forward today. This is two girls who came forward at the time and got ignored by the school.

Two women’s allegations that RB Derrius Guice raped them in college in 2016 were shared with at least two LSU coaches, an athletics administrator and a nurse — yet LSU does not appear to have investigated them.@usatoday investigation by me and @nrarmourhttps://t.co/accSNbXXg9

A USA TODAY investigation found that the women’s allegations were shared at the time with multiple people at the school — including at least two coaches, an athletics administrator and a nurse — yet the school does not appear to have investigated.

A ton of detail in the article including who might have known from the LSU coaching staff:

The nurse’s response reaffirmed to the woman that, even if she made a complaint to LSU, nothing would come of it.

“He’s like a god around here,” the woman recalled the nurse, an LSU employee, saying. “It probably would get pushed under the rug.”

The woman’s boyfriend at the time, an LSU football recruit, wasn’t at the party. But he said the woman told him afterward about both the alleged assault and her conversation with the nurse. His description matched that of the woman’s.

The former boyfriend redshirted his freshman year and said he steered clear of Guice because “I probably would have lost my (expletive) on him.” But he said LSU head football coach Ed Orgeron brought up the subject of his then-girlfriend and Guice about a year after the alleged assault, telling the athlete that he shouldn’t be bothered by it.

This is horrible. Both the girls who Guice allegedly raped ended up in rehab after using drugs to try to cope with the rape. It’s a terrible story. And the fact that Guice was arrested on August 7th for domestic violence which included strangulation… this is not a good dude. I suggest you go read the USA today story. And for LSU to just brush it under the rug? It goes to show some of these football schools only care about one thing.. that is winning.