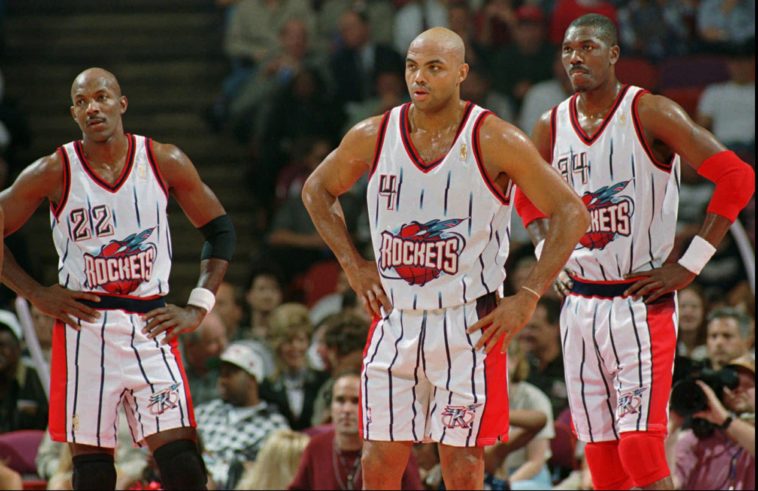 Houston Rockets', from left, Clyde Drexler, Charles Barkley and Hakeem Olajuwon wait for the ball to be inbounded after a timeout during the first half against the Detroit Pistons Thursday, Dec. 12, 1996, in Houston. (AP Photo/David J. Phillip)

Today in sports history August 19th, 1996 the Houston Rockets coming off back to back NBA championships traded for Phoenix Suns superstar Charles Barkley. Barkely at the time was a 10 time all-star and he had demanded a trade because he heard the Suns were interested in dealing him. The trade paired Barkley with Hakeem Olajuwon and Clyde Drexler. Barkley and the Rockets never returned back to the NBA finals.

On August 19th, 1996 Charles Barkley was traded for the Phoenix Suns to the Houston Rockets ? pic.twitter.com/S76kQYo82A