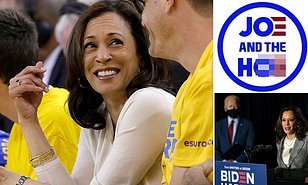 A long time photographer of the Houston Rockets Bill Baptist posted a meme on his Facebook page. It led to his firing after 30 years of working for the organization.

An NBA photographer has been fired and kicked out of the Disney Bubble after posting an offensive meme about Kamala Harris, per USA Today

Bill Baptist worked with the Houston Rockets for more than 30 years. pic.twitter.com/mCJ4MzJmVn

“So this guy works for the NBA but covers the Houston Rockets. Has been around for a while. Even worked for the Houston Comets. It’s amazing how people will smile in your face but eventually their true colors will show. @NBA and Houston Rockets he needs to GO!!! So disrespectful. Bill Baptiste shame on you!!”

Bill issued a public statement apologizing for posting the meme:

“I deeply regret posting on my Facebook page a phrase that I saw and copied from others as a sample of some people’s reactions to Biden’s selection of Senator Harris as his choice for VP,” Baptist said. “The phrase I posted does not reflect my personal views at all.”

“I should not have been so insensitive to post the statements by others,” he added. “I sincerely apologize to all of those who have rightfully been offended and I have taken the post down from my FB page. It was a horrible mistake on my part.”

If you follow me on social media you know I am not the sensitive type and I hate cancel culture and the sensitivity in the world. But for Bill Baptist here, you got to have some better judgement. You aren’t making a political statement here. You are making a joke that you know your employer would find offensive against women. If anything Bill has to know that this is offensive before posting it and if he doesn’t know he must have some horrible judgement.
110
SHARES
Share On FacebookShare On Twitter
Subscribe
[mc4wp_form id="8903"]