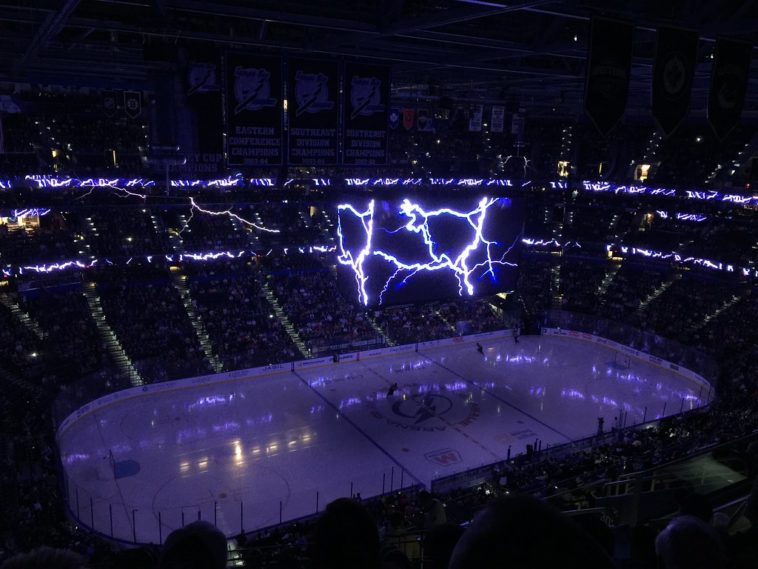 In an eventful first day of NHL Stanley Cup Playoff action, game 1 of the Tampa Bay Lightning and Columbus Blue Jackets stole the night. Their first game did quite literally steal the time slot of the Hurricanes vs. Bruins game that was supposed to start at 10 PM eastern when the Lightning and Blue Jackets went to fifth overtime. Becoming the fourth longest game in NHL playoff history, and the longest game of the Blue Jackets’ life.

Hey @NHL, not to tattle but we were supposed to play at 8:00 and the @BlueJacketsNHL and @TBLightning won't get off the ice

The Blue Jackets were the first to strike in the first period on a power play goal and enjoyed that lead for less than five minutes before Brayden Point finished off a Kucherov shot on goal. The Blue Jackets then recaptured the lead in the second period that was short-lived when the Lightning responded quick to start the third.

Then some of the best defense and goaltending seen in hockey happened.

The goaltenders combined for 146 saves between the two of them including Joonas Korpisalo’s record-setting 85 saves. Unfortunately for Korpisalo, he also now holds the record for most saves in a loss.

10 and a half-minutes into the fifth overtime, Brayden Point put everyone out of their misery by ending the game and pouring salt into a tired Blue Jackets’ wound. The Blue Jackets’ Seth Jones set the record for most playing time in one game playing over 65 minutes on the ice, and it’s hard to imagine he’s not upset at the way that the game ended. The Lightning will be feeling more rejuvenated than their opponent with the win making all that time seem like it was worth it. Will the Lightning capitalize on this long, grueling win and roll? Or will this be the longest NHL playoff series of all time?

A live look at Joonas Korpisalo against the endless hordes of Lightning: pic.twitter.com/6NN4wim8yr