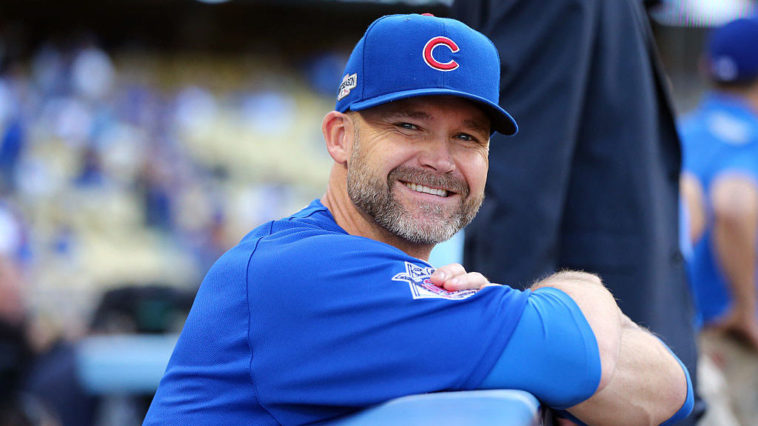 It is hard to believe that the MLB regular season is already a quarter of the way over. The Chicago Cubs enter their 15th game at a league-leading 11-3 much to the delight of rookie manager David Ross. Some say Ross is off to a perfect start, while skeptics believe this early success is the product of luck and scheduling. The following is a first-quarter report card for the new skipper that should help you decide which part of the spectrum you fall on.

The Cubs’ starting pitchers have been nothing short of magnificent. In their 14 games, they have accrued a whopping 10 quality starts. David Ross’ first big decision was to choose the opening day starter. He went with Kyle Hendricks and it worked like a charm, as The Professor hurled a complete game shutout. I have always bought into the fact that the starting rotation only matters in the first 2 weeks of the season which makes the decision to start Chatwood 3rd and Lester 4th a rather difficult one. By putting Lester 4th, Ross made him the proverbial “ace” of the second series against The Reds and he certainly pitched like it giving up 0 Hits through 5.  My only qualm with this aspect of management so far was the decision to skip Alec Mills 3rd start in favor of resetting the rotation. It will be interesting to see what Ross chooses to do when Jose Quintana returns from his tragic dishwashing injury but until then we will certainly relish having the 2nd lowest starter ERA in baseball.

Ross has had a relatively similar lineup each night out with the occasional crafty use of the newly implemented designated hitter. The Cubs roster is defensively versatile enough to leave the hot hitters in the lineup while still keeping relative consistency in the batting order. For example, Nico Hoerner was playing a bit of center field the other night in order to get Kipnis in the lineup at 2nd. The offensive production has been great but no individual player is lighting up the scorecard. That in itself is an indication of a finely crafted lineup card.

The Cubs’ bullpen has been nothing short of a disaster which is more of an indictment on the front office than the manager. Regardless, there were a few questionable decisions that David Ross made that could have led to fewer cardiac events in the late innings. There are 2 games, at least, that come to mind in which Craig Kimbrel was left in for one-too-many batters. Additionally, the use of Jeremy Jeffress has been a bit too sporadic for my taste as he appears to be returning to his all-star form. Regardless, we haven’t seen the bullpen blow a game yet, but there is no doubt it is coming. For now, I commend Ross’ ability to win games despite an atrocious compiling of bargain bin relievers.

This is somewhat of the catch-all category. For starters, David Ross has had no problem differentiating between buddy and manager as was evident by yanking Jon Lester mid-no-hitter and the quick hook he has had when Kimbrel gets in jams. He is also quick to make demonstrative decisions such as opening day starter and naming Ian Happ as the everyday Center Fielder. This decisive nature was somewhat missing during the Joe Maddon regime and is a pleasant change of pace.

The sample size is a bit too small to give David Ross an outright “A” but if this success and response to management continues, it is an inevitable conclusion.