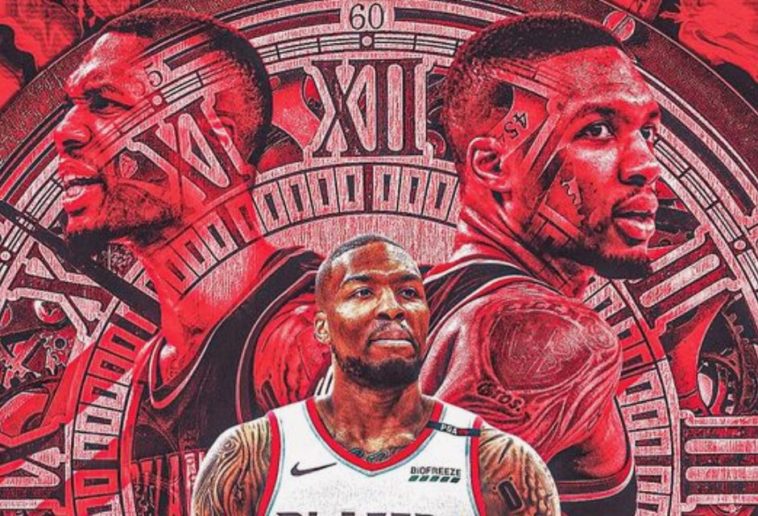 If you clicked this you know what Damian Lillard did today. The whole internet is talking about. A must win 61 point performance to keep the Blazers in the driver’s seat for the play-in game. Including play’s like this:

He also joined some rare company.

Damian Lillard was something else today.

He is the only player in league history other than Wilt Chamberlain with three 60-plus point games in the same season. ?
pic.twitter.com/WG5iGMbn9s

Dame has three games of 60 points and five assists this season.

So does every other player in the NBA, combined, in the last 13 years.

And of course he ended it with this:

Dame said : “put some respect on my mutha-fucking name” ??

Damian Lillard is on something else right now. He cannot and won’t be stopped. If the Blazers get the play-in game and win, you better watch out Lakers because Dame ain’t playing around and he smells blood.