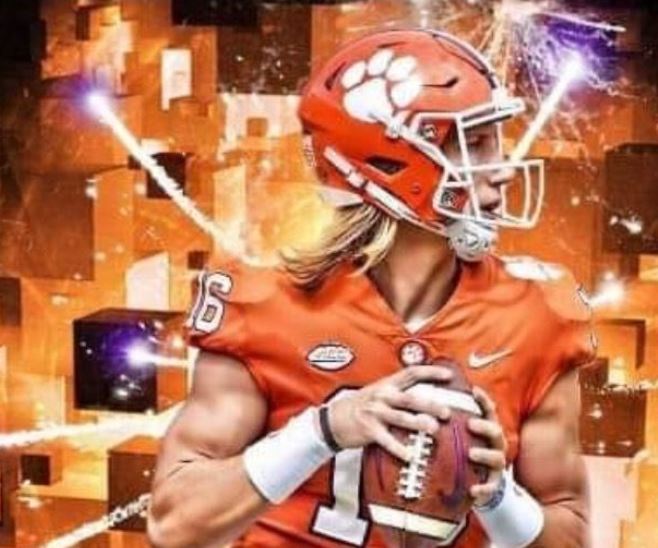 Evidence is starting pile up that by the end of this week college football is going to be cancelled. News has been starting to circulate that the Big 10 would be announcing the cancellation of their season at any time and that they are hoping they could unilaterally announce the cancellation of college football with all the Power 5 schools. One player who seems to be lobbying for presidents to hold on and try to play is Clemson’s quarterback and potential number one pick Trevor Lawerence in a string of tweets. It started pretty low key:

I don’t know about y’all, but we want to play.

That’s fair by Trevor. He’s a college kid he wants to play can’t quite blame him for this simple teweet.

Let’s work together to create a situation where we can play the game that all of us love. Not divide and argue. There is a way forward

Sounds like a president here it’s not like they can really create a “situation”. But the next three tweets is where Trevor Lawrence lost me:

People are at just as much, if not more risk, if we don’t play. Players will all be sent home to their own communities where social distancing is highly unlikely and medical care and expenses will be placed on the families if they were to contract covid19 (1)

Not to mention the players coming from situations that are not good for them/ their future and having to go back to that. Football is a safe haven for so many people. We are more likely to get the virus in everyday life than playing football. Having a season also incentivizes –

Players being safe and taking all of the right precautions to try to avoid contracting covid because the season/ teammates safety is on the line. Without the season, as we’ve seen already, people will not social distance or wear masks and take the proper precautions

How are players more at risk if they don’t play? Let me tell you something, players like Trevor Lawerence in general probably aren’t the highest risk group in the first place. But, 350 LB offensive lineman who are tackling, breathing and touching each other on every play are probably a group that would be a bit higher risk. I think the main issue I am starting to have is that everyone thinks they are now a doctor and know how to deal with COVID-19 when in reality we aren’t equipped to make these decisions. Trevor might be a bright dude, but I am pretty sure doctors and people in charge are brighter than him. They obviously don’t want to lose all this money that college football brings to the table. So if they do cancel the season it will be reluctantly. But in general the main issue that this country is getting to is there are far too many people who think they know best when it comes to the biggest public health disaster of our lifetime.