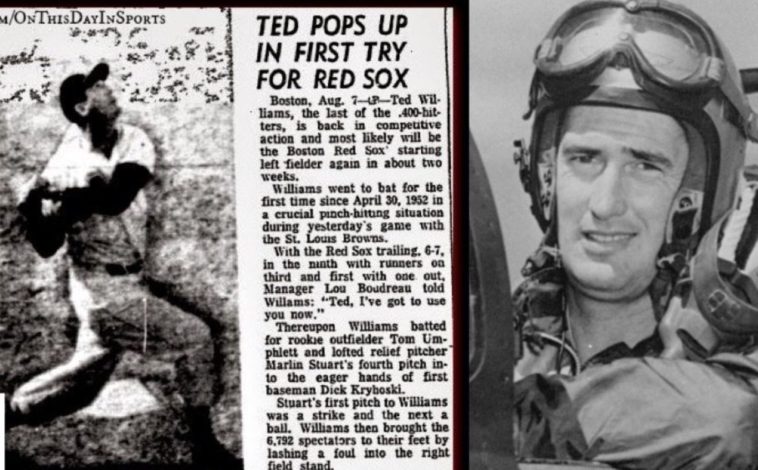 On August 6th, 1953 Ted Williams returned to the Red Sox from the Korean war. And he ended up hitting .407 in an abbreviated season. It’s pretty crazy to think we are calling our athletes heroic today for playing during COVID-19. This dude went to war, flew airplanes, served in the army and came back to play for the Red Sox late in the season. I don’t think 99% of our athletes could do it today. And honestly 99% of society couldn’t even get back to work today if forced to head to the army.

On August 6th, 1953 Ted Williams returned to the Red Sox after serving in the Korean War. Could you see athletes serving today? ? pic.twitter.com/fUX04rOkNc