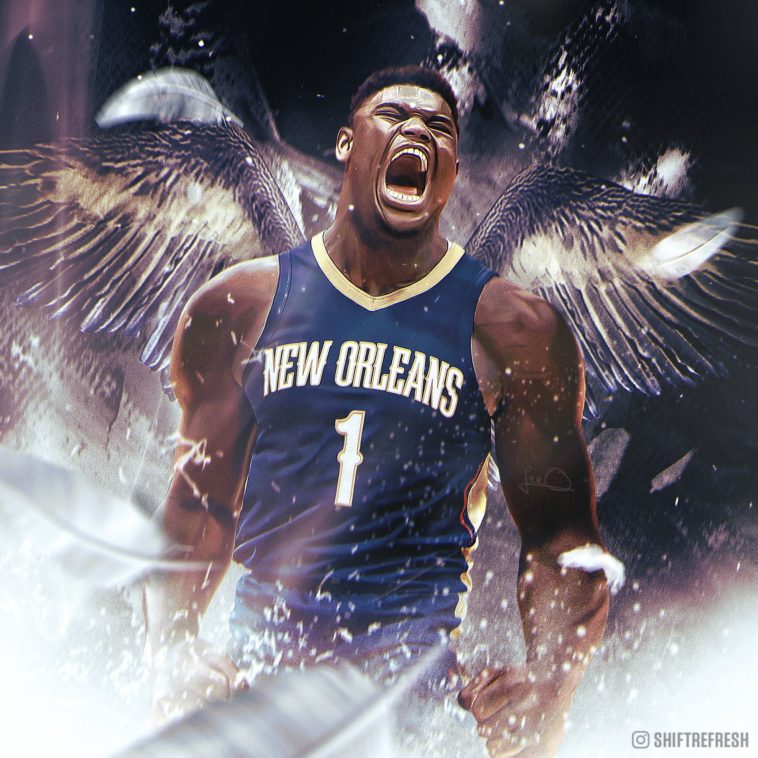 Many people are starting to talk about Zion Williamson’s weight during the bubble. Some people saying he even needs to lose 30-40 LBS to avoid injury (I find that absurd). Maybe Zion needs to lose a few pounds but 30-40? His sheer strength is what makes him unique.

So tired of people saying Zion Williamson needs to lost 30-40 LBS the combo of athleticism and strength is key for him ?

But now a sports doctor is basically calling Zion fat and that he’s in a race against himself:

Spoke to ?@b_sutterer? about the huge Zion question ahead https://t.co/3ihUESFlqz

[The Athletic] – So Zion is important and not just for the sake of the New Orleans Pelicans. The big question hanging over the league is whether he’s capable of shouldering it all. Dr. Brian Sutterer, of sports injury YouTube fame, has been watching intently and has his concerns. “He’s in a race against his own body,” Dr. Sutterer said over the phone. “If you go watch his Duke highlights compared to now, the difference is profound. In my opinion, his athleticism and conditioning have regressed substantially. He’s less explosive, less conditioned, slower on defense, has already had a portion of his meniscus removed from his knee after an injury, and he’s still under close monitoring from the medical staff.”

“I feel like nobody really wants to call it like we all see it,” Dr. Sutterer said. “He’s trying to reverse a career trajectory that by the Pelicans’ own admission is worrisome as evidenced by his ‘reprogramming’ and scrutinized minutes. He had four months to start making positive strides and to me he’s regressed more. When will he finally start to reverse course? Will it be in time before more substantial fitness concerns and injuries limit him and threaten his career? Instead of outpacing these risks, I’m worried that Zion is losing the race.”

I am no doctor. However, I would wait more than 15-20 games into his career before I declare him fat. I hope Zion proves each and every one of these haters wrong. Maybe he needs to lose 10 pounds but I think 30-40 pounds is a bit overboard.