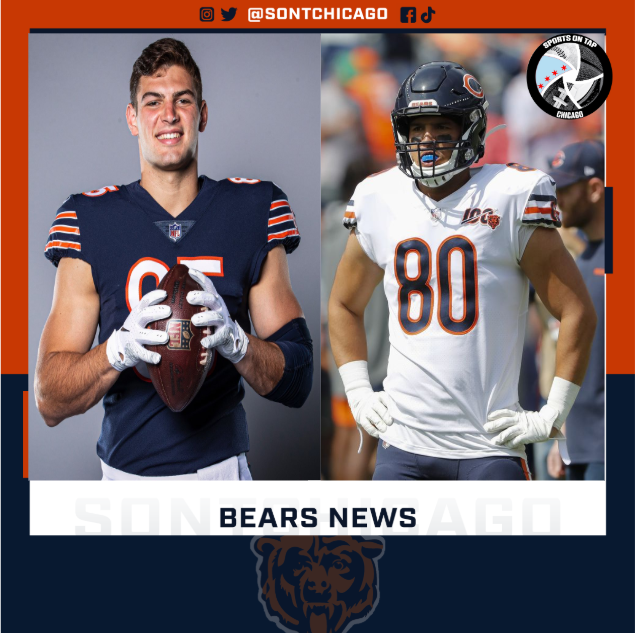 As was very painfully obvious to any casual observer of the Bears season last year, there is not a consistent presence at tight end in Chicago. The Bears virtually had a revolving door next to their offensive tackles, featuring four different TE’s on the roster in 2019, with another two on the practice squad and a couple more free agent signings throughout the course of the season. Injuries really ran rampant among the Bears TE corps and played the biggest role in preventing a reliable solution. Trey Burton and Adam Shaheen both saw the most snaps, but both failed to provide much offensive production. As a matter of fact, ALL of the tight ends throughout the year COMBINED for only 416 yards and 2 touchdowns on 36 receptions. Beyond all of that, just take a look at the money spent on having these guys on the roster. The state of the TE in 2019 was woeful, to say the least.

But that was last year, you say. The 2020 Bears are a totally different ball club. Mitch will be more mature and if he’s not, we have Nick Foles ready to take over the reigns and he’ll surely be a competent quarterback. The line will have improved (from near rock bottom) because of some key free agent signings and draft picks so we won’t have to rely on tight ends to block so much. And, the cherry on top, the Bears drafted Cole Kmet out of Notre Dame in the second round and we signed a seasoned vet in the form of Jimmy Graham.

Sure, that all may be true but there’s all that glitters ain’t gold. Let’s start with our hot new signing and assumed TE1, Jimmy Graham. He’s 33 years old and will turn 34 during the season, which will be his 11th. That’s a long time to be playing such a physical position and Jimmy plays a particularly physical brand of football. Beyond that, his stats have slowly but steadily declined since he left New Orleans in 2015. When he was in New Orleans, he was a favorite target of one of the best QBs of all time, Drew Brees. That being said, it’s not like he had chumps throwing to him in Seattle (Russ Wilson) or Green Bay (Aaron Rodgers) so it just goes to show that the peak of a TE’s career is within their first 5 years. Ultimately, the Bears can’t be totally sure what kind of player they’re getting with Jimmy. I personally hope he’s everything and more but there’s no denying the age.

At TE2, we have rookie Cole Kmet. Kmet is a large target, has a strong frame and soft hands, and comes from a top-tier program. Sounds great, right? In reality, his college resume is not all that different from fellow frustrating Bear Mitch Trubisky. Kmet played all 13 games of his true freshman year and recorded 2 receptions for 14 yards. He was slightly more involved in his sophomore year but it wasn’t until he was a junior that he got the start at TE. Unfortunately, he missed the first 3 games of that year because of a broken collarbone that left him sidelined. As the story goes, he declared for the 2020 NFL Draft this January and eventually the local kid became a Bear. That would mean that he only started 10 games at Notre Dame with a smattering of snaps his freshman and sophomore seasons. I’ll reserve judgement on him but there’s a similar story here to old Mitch Biscuits.

While it may be too early to ring the alarm bell, I think it is important for us to all have our eyes wide open for all possibilities throughout the course of the season. We certainly have some more glaring issues at quarterback but the impact a solid, consistent TE could bring would be incalculable. Just imagine if there was a large target that Mitch could throw to last season for 3 yards and could fight for 2 more, all while keeping the ball secured. That kind of breathing room for a shaky QB would have served our struggling offense immensely.