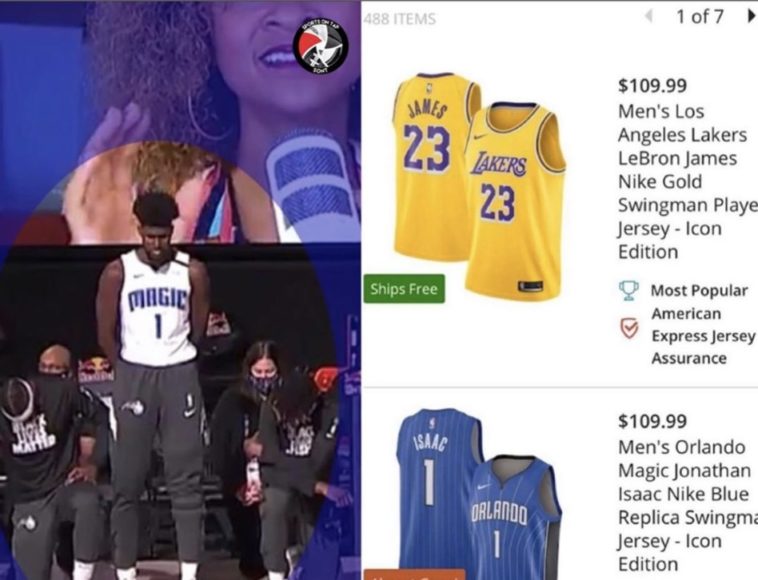 It’s been a whirlwind of a week for Orlando Magic’s young talent, Jonathan Isaac. Isaac became the first NBA player to stand for the National Anthem and not wear a Black Lives Matter shirt at the NBA bubble. He was given a wild amount of hate but also a wild amount of love, as always there was a divide. After that happened he tore his ACL unfortunately and the internet was disgusting about it. Now, a couple days later he is a top selling jersey in the NBA. Actually 2nd, to LeBron James. There is so much hate and so much love at the same time.

Players, coaches and refs all locked arms and knelt during the national anthem before the Magic-Nets game

Although, Jonathan Isaac is the lone player that did not kneel for the anthem… do you have a problem with it?! ? @SONTHoops pic.twitter.com/s4iv4fnamp

Isaac’s jersey apparently soared all the way to second in most jerseys sold in the entire NBA, behind only Los Angeles Lakers superstar and NBA poster boy LeBron James: