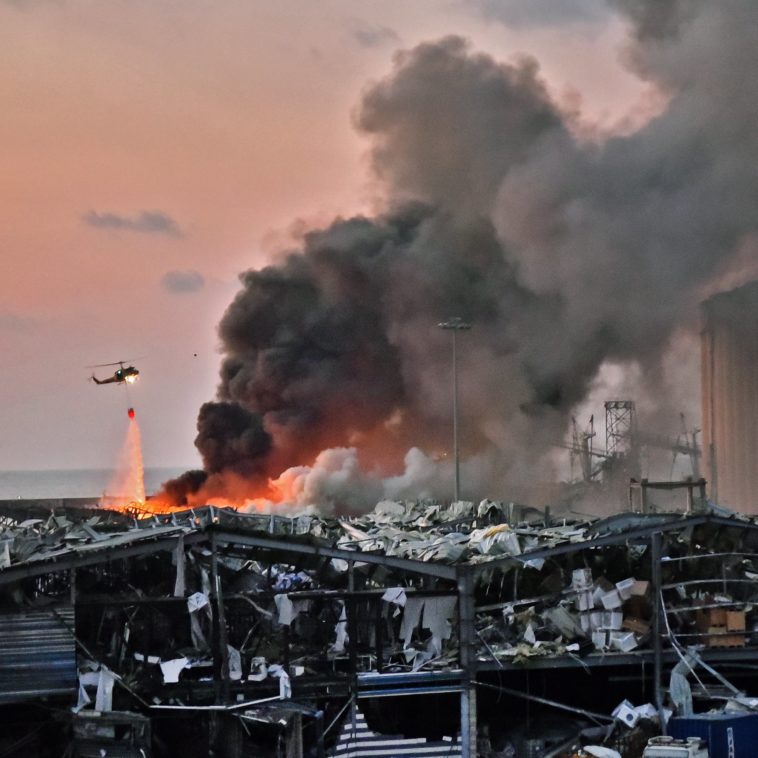 Woke up this morning with the news of a huge explosion in Beirut, Lebanon which obviously if you know me hit close to home. I am from Damascus, Syria and we’ve been in a constant state of war for the last 11 years. The videos and footage were horrifying.

Thoughts and prayers to all my Lebanese friends and family ???? https://t.co/AXIFixaXYM

A large explosion rocked Beirut on Tuesday, injuring many people as glass shattered and balconies collapsed from the impact, Reuters witnesses said.

Lebanon’s state news agency NNA and two security sources said the blast had occurred in the port area where there are warehouses housing explosives. It was not immediately clear what caused the blast or what kind of explosives were in the warehouses.

“I saw a fireball and smoke billowing over Beirut. People were screaming and running, bleeding. Balconies were blown off buildings. Glass in high-rise buildings shattered and fell to the street,” said a Reuters witness.

Local broadcaster LBC quoted the health minister as saying there was a “very high number” of injures and a large amount of damage. Al Mayadeen television said hundreds were wounded.

Speculation was quick afterwards with many believing this was in the hands of Israel in retaliation to Hezebollah. Is this true? Hard to know the facts yet but many signs point to that being the case.

I do want to mention one thing while you are here. Yes, we are a sports website but we also call ourselves the internet’s pub. If you are at a pub watching a game and this huge explosion comes across your timeline you will talk about it. And that’s what we do. So that’s why this is on a sports website.

In the meantime you obviously hope the casualties aren’t an insane number. But with an explosion like this you know it’s going to be big. So prayers to all involved. And pray for humanity.