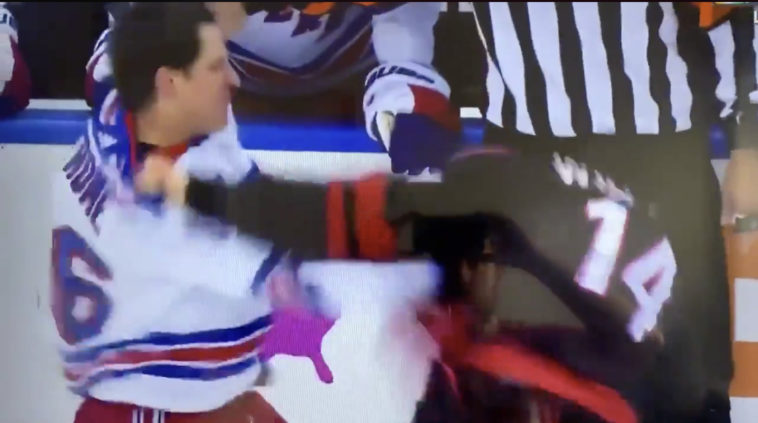 It didn’t take long but 5 minutes into playoff hockey and we already got hockey guys dropping gloves and getting into fights in the COVID-era.  What’s interesting about this fight is we got a fight between two guys who rarely ever fight in Ryan Strome and Justin Williams and they were getting after it.

Hockey guys are gonna hockey fight no matter what kind of virus is going around ?

So for those people who thought playoff hockey in the bubble wouldn’t match the any intensity. Here’s a taste of what kind of fun we are going to have for the next two months.