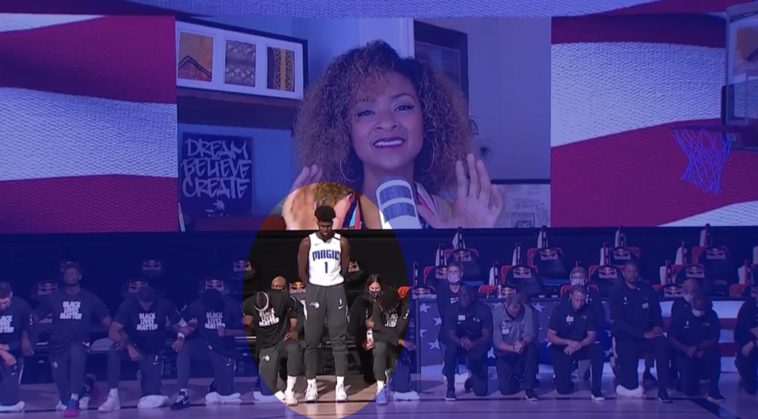 During the NBA restart in Orlando, all coaches, players, and team staff have taken a knee for the National Anthem and wore a Black Lives Matters shirt. We now have the first player to not do either. Jonathan Isaac of the Orlando Magic decided to stand for the anthem and not wear a BLM shirt during the Magics first game back. The internet is all over this story.

Players, coaches and refs all locked arms and knelt during the national anthem before the Magic-Nets game

Although, Jonathan Isaac is the lone player that did not kneel for the anthem… do you have a problem with it?! ? @SONTHoops pic.twitter.com/s4iv4fnamp

I’m very curious about — and will be patient for — Jonathan Isaac’s explanation here.

Standing for the anthem is one thing…

But seeming to be intentional about *not* wearing a Black Lives Matter shirt…. I dunno, man… pic.twitter.com/CFBJ98tOKG

We also have the jokes going….

Trump introducing Jonathan Isaac to his supporters at the next Maga Rally: pic.twitter.com/lYhIwNpDPc

What do you think of this approach?!