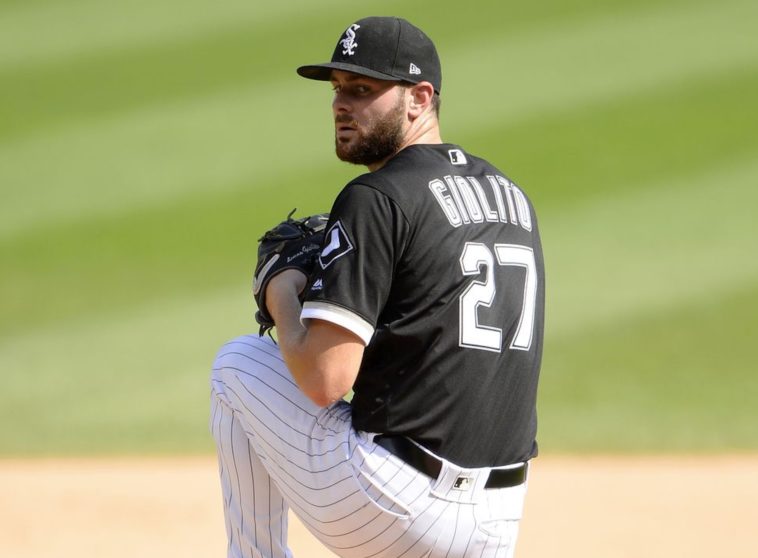 After a rough outing to open the season at the hands of the Bomba Squad, Lucas Giolito was tasked with leading the White Sox out of a tailspin only a week into the 2020 MLB season.  After one cycle through the rotation, the White Sox starting pitching was sporting an ERA of 12.64, good for dead last in the MLB.  Outside of Dallas Keuchel’s dominant outing on Saturday, no Sox starter had gone past the 4th inning, or escaped the first without allowing a home run.

While the offense had started off hot against Minnesota, over the three games from Sunday through Tuesday, scoring only 8 runs in 3 games.  Not a terrible output, but not the firepower Saturday had made it seem like was coming.  After all that the White Sox sat at 1-4, dead last in the AL Central in the first season that was meant to be competitive in years.

In a situation like this, you need to be able to turn to your ace to right the ship.  This is the guy who you have all the faith in the world in, who you know is going to take the ball and leave the game in good hands.  And while the term ace gets thrown about pretty leisurely these days, the goal was that Lucas Giolito would ascend even further into that role this season.  Wednesday, with a chance to salvage one on the road against Cleveland, was a perfect opportunity.

Six innings of shutout, four hit ball, to go along with six strikeouts, is about as much as you can ask for after a long layoff and accelerated ramp up period.  Getting there with a steady diet of of his changeup made it even more beautiful to watch.

While it wasn’t the most dominating outing of his career, Giolito was able to stick to his strengths to carve up a lineup he’s had little trouble with over the past year plus.  The fact that he was able to pull this out of the bag after getting torched on Opening Night only speaks further to the pitcher Giolito has become – someone who can forget what happened the last time he was out, and get the job done in the present.

Luckily, he was able to get some help from the White Sox offense who had some trouble of their own against Zach Plesac.  Plesac, going eight innings while striking out 11 and surrendering only three hits, did everything in his power to win the game for the Indians.  The White Sox offense looked absolutely lost against him, a main reason the score stood at 0-0 through eight.

Based off the numbers, he outdueled Giolito in about as good of an early season pitching duel you’ll see.  However, that inning he left was all it took for the White Sox microwaveable Instant Offense to get the job done.

A Tim Anderson double, Yoan Moncada walk, Jose Abreu hit by pitch, Yasmani Grandal and Eloy Jimenez sacrifice flies, and a Luis Robert single later and the score was 4-0, firmly in the hands of the South Siders.

Just like that, we had a White Sox winner to stop the three game losing slide before heading into a very winnable series in Kansas City.  Sure, the offense looked horrible against Plesac, but the minute they got some daylight against the Cleveland bullpen the game was broken wide open.  I’ve written about this plenty, but this type of quick strike offense is a refreshing sight after years of too little, too late, and usually not nearly enough with the bats.

Outside of last Saturday the offense hasn’t been outstanding, but it did what it had to to come away with a win in a game that was about as close to a must-win as you can get in the sixth game of the season.  Despite struggles for eight innings, the top of the order was able to shake all that off and string together six good at bats in a row in the ninth to steal the game.  That won’t win every game, but that type of approach will give you plenty of chances.

Obviously, the goal here is that this game serves as a spark for the weekend series in Kansas City.  With Dallas Keuchel on the mound Friday night, the Sox are in position to get back to .500 with a sweep, or at least set themselves up for a run of positive games.

Yes, plenty of questions remain about the 2020 season and whether a starter not named Giolito or Keuchel will take a leap forward.  However, at least we know Giolito is capable of stopping the fire.  Now we just need another statement game.