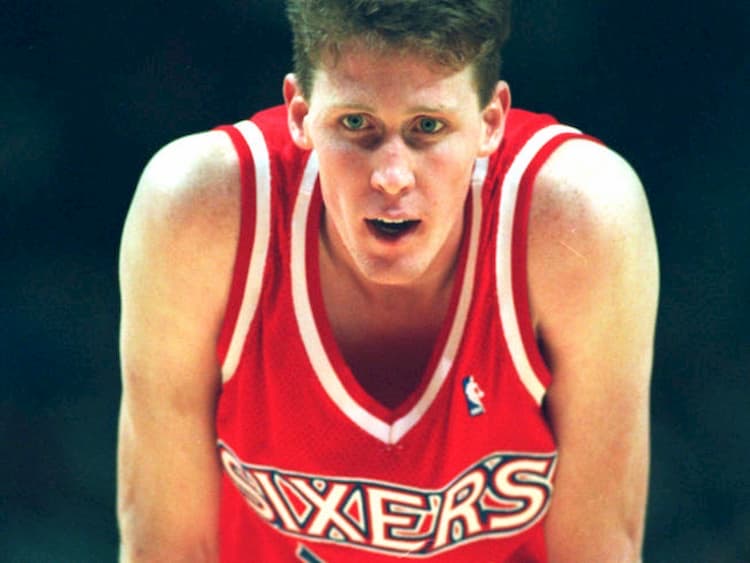 On July 30th, 1993. Shawn Bradley signed one of the worst contracts in NBA history with the Philadelphia 76ers. He signed a 8 year $44 million dollar deal. However, his high school mix-tape was cool.

On July 30th, 1993 Today in 1993, the 76ers sign Shawn Bradley to one of the worst contracts in NBA history – 8 yrs/$44 mill. Paying him more than Shaquille O’Neal at the time. Is this the worst contract ever? ? pic.twitter.com/XKpnoFQpy6

Source :It was on this day in 1993 that Philadelphia 76ers owner Harold Katz signed off on what might be the worst contract in NBA history. Katz inked Shawn Bradley, a 7-foot-6 center who they had selected with the No. 2 pick in the 1993 draft, to an eight-year deal worth $44.2 million — making Bradley even richer than Shaquille O’Neal.

Paying $44 million to an untested rookie was bad enough, but it looks even worse considering who it was going to. Shawn Bradley had played just one year at Brigham University before spending two years as a Mormon missionary in Australia. Those who knew him said that his game wasn’t great and that he didn’t have the drive or aggressiveness or even the body to make it in the league. But Katz was confident that he had struck gold. In a league dominated by height, Bradley was the tallest player in NBA history. Katz pleaded with the fans to give a few years for the Bradley experiment to pan out.