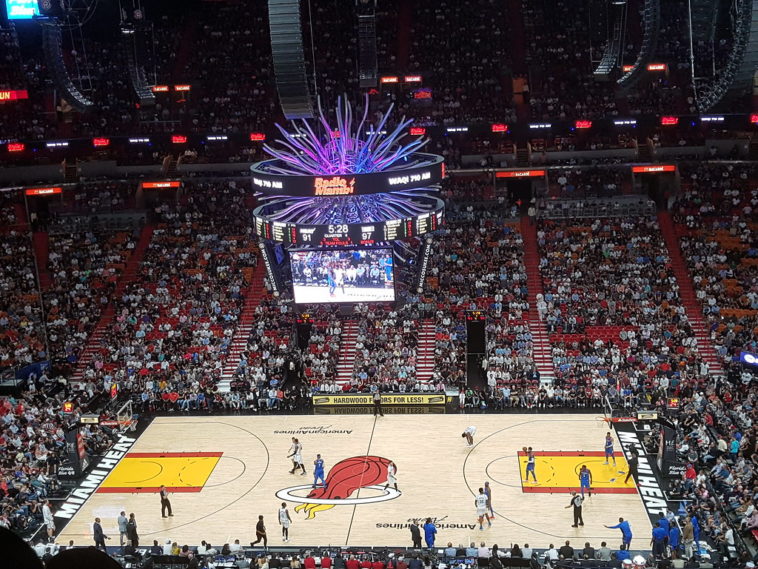 Well the NBA is finishing off the 2019-2020 season in Orlando at their bubble, there are still plans to have the new NBA season start on December first of 2020, and the Miami Heat are prepared have full, sold-out crowd. The Heat has an optimistic outlook at where the coronavirus will be by December. Heat president Eric Woolworth offered an optimistic outlook on the franchise’s plans for next season during a recent interview:

“We plan on playing next season in front of fans, and plan on having a sold-out facility, just like we’ve had since going back to 2009, for all our games,” Woolworth said in an interview shown during the broadcast of the team’s Tuesday exhibition scrimmage finale.

“We’re going to keep doing all the things we would do in an offseason. And we’ve been selling tickets right along,” Woolworth said. “And I think it speaks volumes to the amount of interest that people in Miami have in our team, but also in the commitment that we have in the community, and to make sure we do play next year in front of our fans and figure out how to do it safely.”

Woolworth’s comments come across as bold as the state of Florida is seeing surges in coronavirus cases. As a matter of fact, Florida reported a record-high of 216 new COVID-19 related deaths on Wednesday.

Some believe the NBA will just continue to have a new season in some bubble that the NBA sets up. The NBA resumes today officially in the bubble with the Jazz and Pelicans as the first game at 6:30pm EST.

The #NBA bubble was not cheap at all, BUT it is working ??

Do you think we will continue to see no COVID-19 outbreaks in Orlando?! ? ? @thesportsontap https://t.co/98BIrh1JHz