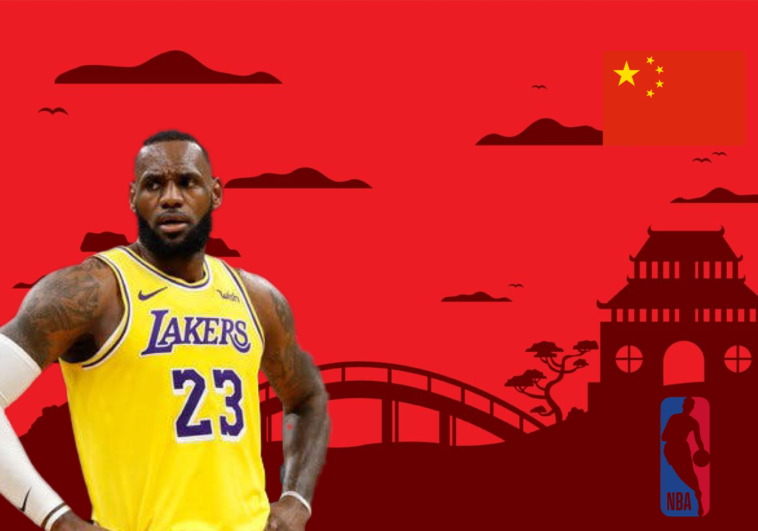 Many in the media including myself have been adamant that LeBron James, Adam Silver, Steve Kerr, Gregg Popovich among others who have been very vocal about race relations in the United States also step up to the plate and say something about how the NBA is in bed with China but refuses to say anything publicly against human rights abuses and now it seems like not only are they tight lipped but they also seem to have turned a blind eye to abuse towards athletes and kids that played in the NBA program.

You know it's bad when ESPN who is in bed with the NBA is calling out the NBA on their involvement and hypocrisy on China.. I would love to hear Gregg Popovich's opinion on this.. or LeBron James opinion on this… this is bad… https://t.co/OzVShbsIoX

Here are some excerts from the article and some short opinions I have from ESPN’s investigation.

Source: American coaches at three NBA training academies in China told league officials their Chinese partners were physically abusing young players and failing to provide schooling, even though commissioner Adam Silver had said that education would be central to the program, according to multiple sources with direct knowledge of the complaints.

Physically abusing young players is obviously a bad look. And the lack of schooling when promised schooling for young kids is sad since at the end of the day not many of these kids would make a living playing basketball in the future so they’d probably end up doing sweat shop jobs or driving taxis in the future. It’s basically setting them up for zero success.

One American coach who worked for the NBA in China described the project as “a sweat camp for athletes.” At least two coaches left their positions in response to what they believed was mistreatment of young players.

Sweat shop for athletes. That’s interesting because it sounds like the NBA and it’s players are only quiet about human rights when it comes to sweat shops for sneakers and the NBA which both directly hit their pocket books.

One requested and received a transfer after watching Chinese coaches strike teenage players, three sources told ESPN. Another American coach left before the end of his contract because he found the lack of education in the academies unconscionable: “I couldn’t continue to show up every day, looking at these kids and knowing they would end up being taxi drivers,” he said.Not long after the academies opened, multiple coaches complained about the physical abuse and lack of schooling.

Once again. no education, physical abuse. This is not a good look for the NBA in any way you paint it. Maybe, the NBA coaches were terrified of telling the commissioner or speaking out because it’s scary to speak out against basically the Chinese government.

“Imagine you have a kid who’s 13, 14 years old, and you’ve got a grown coach who is 40 years old hitting your kid,” the coach said. “We’re part of that. The NBA is part of that.”“We were basically working for the Chinese government,” one former coach said.

Yup. Basically working for the Chinese government and being employed by the NBA at the same time basically doesn’t sound like the best circumstances for the NBA.

“You can’t have it both ways,” the former employee said. “… You can’t be over here in February promoting Black History Month and be over in China, where they’re in reeducation camps and all the people that you’re partnering with are hitting kids.”

BINGO on this one. Look, I love the NBA. Shoot, I own and operate a website and podcast network who depends on the NBA for revenue. But, I can’t get past hypocrisy. During the last few years the NBA has done an excellent job of telling everyone that they have to be extra “woke”. Injustice somewhere is injustice everywhere. Well no, not for the NBA. Injustice doesn’t matter if it it makes you money. So the NBA and Adam Silver will probably continue to turn a blind eye to this. LeBron James, Steve Kerr, Gregg Popovich will continue to stay silent and business will resume as usual. However, all of us deep down know what is right or wrong so whenever these people speak their words won’t have as much as a powerful impact knowing they won’t say the right thing that I truly believe they actually believe deep inside. I know these guys hate to hear about human right abuses in China but what do they hate even more? Losing money.