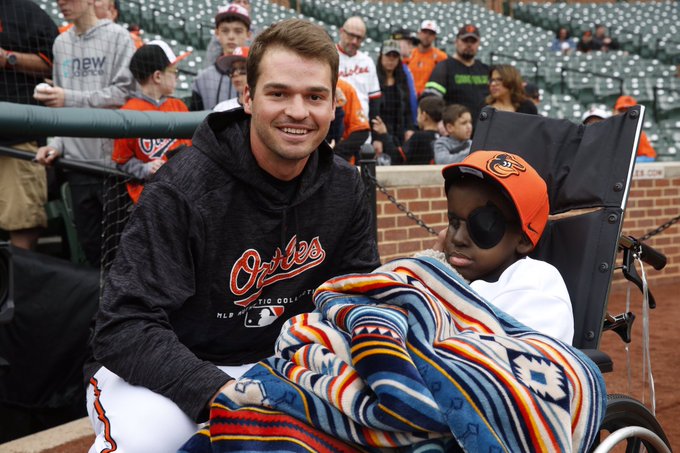 The Baltimore Orioles will be inducting the number 1 fan Baltimore sports fan 14 year old blind cancer survivor Mo Gaba into the Orioles hall of fame. Shortly after finding out he passed away.

Our most dedicated fan is forever with us in our Hall of Fame. pic.twitter.com/usFYQk7s0p

If you don’t know the story about Mo Gaba it’s incredible. Gaba has had cancer 4 times and is blind in both eyes. However, he has always loved sports and calls in Baltimore sports talk radio consistently and has become a legend in the Baltimore area.

Not only is he being elected into the hall fo fame for the Orioles but he he is being honored with The Wild Bill Hagy Award, the Orioles announced Tuesday and is only the second person get such an award. He first gained fame when was as a 9-year-old by calling into local sports radio shows, standing out with his enthusiasm and positivity. He soon began to connect with the team and its players on a regular basis, throwing out the first pitch at an Orioles game as part of Kids’ Opening Day in 2017 and called out “Play ball!” for Kids’ Opening Day in 2019.

During the 2019 NFL draft Mo Gaba even announced the Baltimore Ravens draft pick in Braille:

This week, he met the player he selected, @BigBen_72.

Man what a story. Battling cancer since was 9 months old and having the dedication to follow your sports teams, fight cancer, and remain positive at the same time; is just resilience that not many human beings have. Congratulations to Mo for being forever enriched in the Baltimore Orioles name and hopefully he can rest in peace.