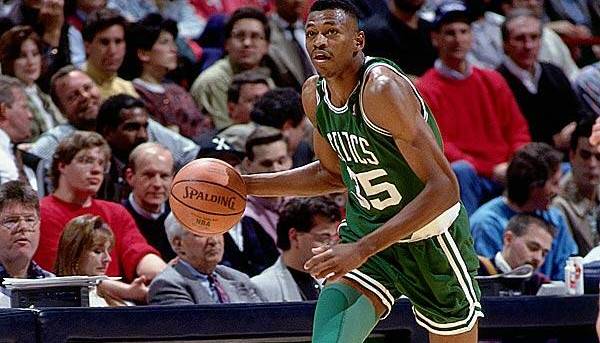 On July 27th, 1992 The Boston Celtics star Reggie Lewis passed away during a summer practice.

Today in sports history July 27th, 1992 Reggie Lewis passes away on the court. How good could he have been? ? @SONTHoops pic.twitter.com/pqxZYf35tQ

Source: At the team’s practice facility at Brandeis University, Boston Celtics forward Reggie Lewis was performing light shooting exercises when he slumped over and fell to the ground, much as he had in a playoff game three months earlier. Police officer James Crowley, who was later embroiled in a national controversy for arresting a black professor who was trying to enter his house, attempted to resuscitate the fallen basketball star. At 7:30 PM, Lewis was pronounced dead at the age of 27 from sudden cardiac arrest. He had a wife and two kids, one of which was still unborn.

It was a devastating moment for the Boston Celtics, who lost their leading scorer and team captain. Lewis had averaged 20.8 per game the previous two seasons and was the all-time leading scorer at Northeastern University, where he finished with the ninth most points ever scored in Division I basketball.