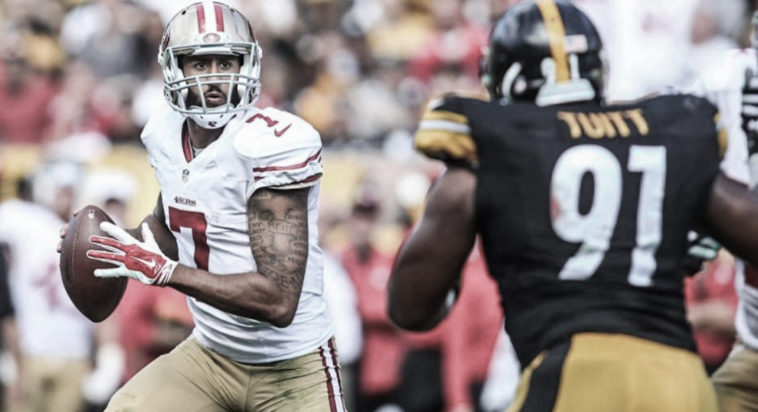 Pittsburgh Steelers defensive end Stephon Tuitt went on Twitter on Monday and expressed his concern with athletes only worrying about public perception and also said he would not be kneeling for the National Anthem as earlier in the the off-season his teammate Cameron Heyward said the team would protest in unity.

I think alot of Athletes need to stop worrying about the public and people who tell them what to do with their money and educated themselves.

Just because they wear a suit with slick back hair you trust them over someone who you can relate to. That’s why athletes get taking advantage over. Educate your self please, I’m tired of hearing the same stories.

Stop letting the world masculinity blind you that’s my spill for Monday. If you need help talk to me I have over 80 percent of my wealth while helping my mother and created Financial securities for my kids and wife. I will not judge. I’m not secretive I will help.

Also I’m not kneeling for the flag and screw anybody who have a problem with that. My grandmother was a immigrant from the Carribean and age worked her ass off to bring 20 people over the right way. She had no money and educated herself to be a nurse. She living good now.

The key here is it’ll be interesting to see what his teammates and other athletes say about this. I am not here to offer any political opinion. HOWEVER, I am a starch believer that if he believes in something he should do what he thinks is right. And it’s a shame that during these times you can get ridiculed for exercising your own rights. It’s absurd. If the man feels a certain way he should be able to do that. He feels it’s powerful to stand and respect the national anthem and for him to actually come out and say it during times where he could get ridiculed is courageous and he should be applauded for that.

In six games last year, Tuitt finished with 22 tackles and 3.5 sacks. He missed the final 10 games of the season after tearing his pectoral.