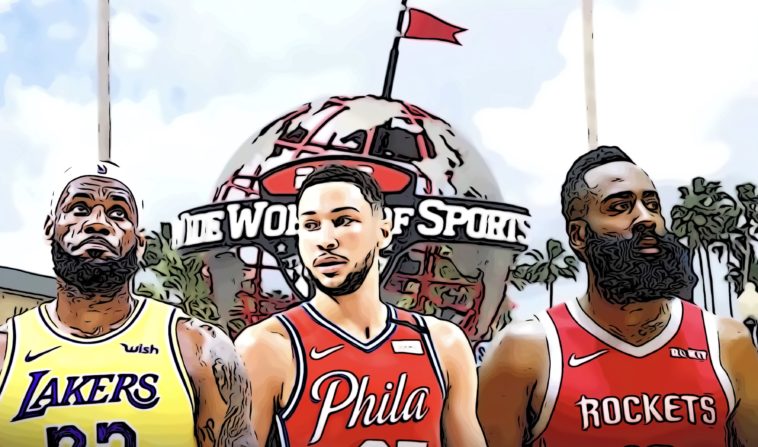 There was definitely some doubt going into the NBA season. How is this going to work? What if an outbreak happens? Is it safe to play with a COVID-19 outbreak in Florida? Well, so far, the NBA’s Orlando bubble has worked. Why? What they spent to make sure it happened.

The NBA’s bubble has worked to perfection so far. The price? $180 million. (via @TheSteinLine)

Best league in the world.

The NBA, I'm told, is spending at least $180 million with its Bubble partner Disney and on its testing operation in hopes of crowning a champion in the league's 74th season like it has in the previous 73 …

The league is housing 22 teams plus support staff at three resorts, has arranged for seven practice courts and is playing games at three arenas during the quarantine. It is also providing meals, daily coronavirus testing and other medical support, security, transportation and entertainment for more than 1,500 people during the height of the event.

While there is no in game ticket revenue, there is still money all around the league. By playing 88 regular-season games and four rounds of playoffs, the league will be sheltering itself from more extended losses. The players will retain more than $600 million in salary that could have been lost if the season were canceled, and NBA teams protected hundreds of millions from potential loss of television revenue.

Now there have been pros and cons from food being bad to other cool things like the courts and barbershops!

NBA built a legit barbershop for the bubble! ? ? @SONTHoops pic.twitter.com/1QcczjmZVA