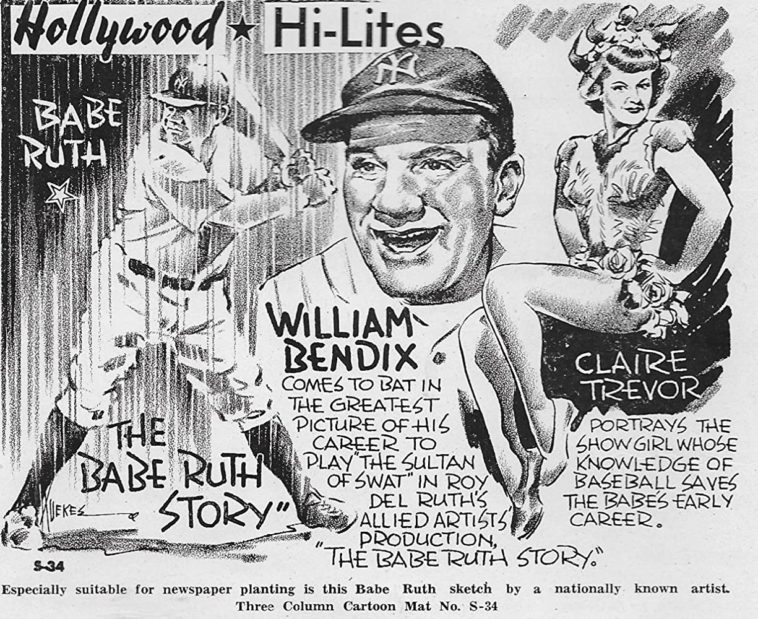 On July 26th, 1948 the Babe Ruth story released. This would be the last public appearance that Babe Ruth ever made. Babe Ruth is recognized and deservedly so as the best baseball player in the history of baseball. His utter and sheer dominance and his ability to have helped usher in the era of home runs and exciting baseball makes him unmatched. A big personality everyone loved Babe Ruth.

On July 26th, 1948 the Babe Ruth story released. This would be the Yankees legend’s last public appearance.. is he baseball’s GOAT ?? pic.twitter.com/SN1XBUhtuP