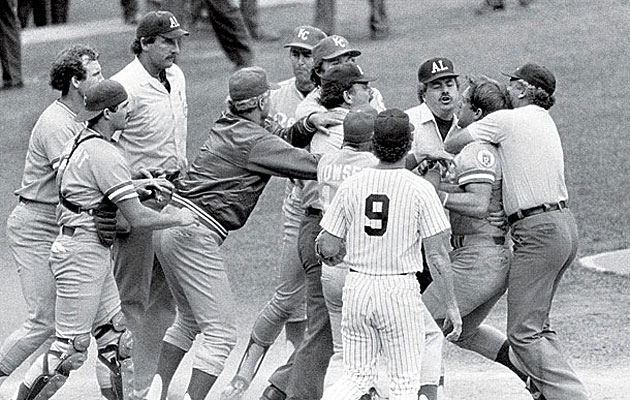 On July 24th, 1983 George Brett had his infamous Pine Tar incident. According to the MLB’s official website:

The Royals were trailing the Yankees, 4-3, at Yankee Stadium on July 24, 1983, when Brett came to the plate with one on and two out in the top of the ninth inning. The home run he then hit off Yankees reliever Goose Gossage put the Royals up 5-4 — or so it seemed.
Yankees manager Billy Martin got a peek at Brett’s bat and saw more pine tar than he thought permissible. So, he asked the umpires to take a look to figure out if the bat had more than the allowed 18 inches of pine tar. After some discussions and measurements, they concluded the bat was in violation of Rule 1.10(c) and called Brett out.

One of the most famous random moments in baseball history: