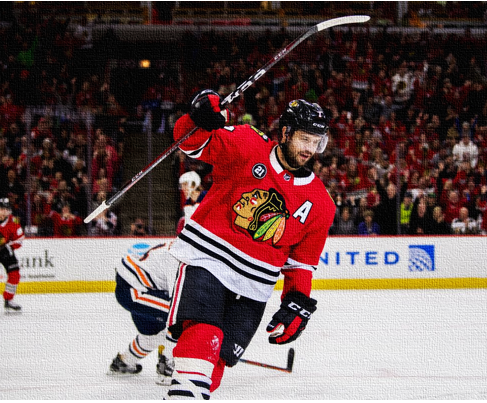 Brent Seabrook will not be on the Blackhawks’ roster as part of the NHL’s Return to Play Plan in Edmonton. Seabrook was placed on injured reserve after having three surgeries: one shoulder, two hips.

The reason I felt inclined to write this post was that I was certainly guilty of being frustrated with Seabrook’s obvious decline on the ice. However, is it Brent Seabrook’s fault that general manager Stan Bowman presented him with a an 8-year, legacy contract that pays him $55 million total through the end of the 2023-24 season. Of course not, and that’s why he inked the lucrative extension.

There was a narrative that Seabrook perhaps was getting into some “lazy” habits after signing the extension; but guess what? He was playing through OBVIOUS pain, and we all missed it. Seabs, along with his long-time D partner Duncan Keith, are the longest-tenured Blackhawks, and I can’t believe I have to remind myself and tell all the readers, but we owe this guy way more respect. He’s put his heart, soul, and body into this organization.

I’m not going to lie to you all, either, and pretend I’m happy about his cap hit. It’s certainly handcuffing the organization, but as Blackhawks fans who were spoiled in the 2010s in large part thanks to guys like Seabrook, we need to stop fixating on the contract and appreciate what he’s done for the organization. I acknowledge it’s a terrible deal; I wouldn’t have signed offered it, but I sure as hell don’t blame him for signing it.

This dude is a warrior. This guy isn’t mailing in anything. He’s 35, won three Cups, had multiple clutch playoff moments (Detroit and Boston OT winners just to name a few), financially set for life, and is recovering from three surgeries in a one-month span beginning in February. He tried to come back for the Qualifying Round for the Pandemic Cup after all that. That shows how loyal Brent Seabrook is to the Chicago Blackhawks and how he is clearly doing his part to try and live up to the contract he signed.

I’m looking forward to seeing Seabs back on the ice for 2020-21. I really think he’s capable of being a sheltered, stay-at-home guy on the bottom pairing for a playoff team, a la Brooks Orpik for Washington’s Cup.

Get some rest, man. You deserve it.