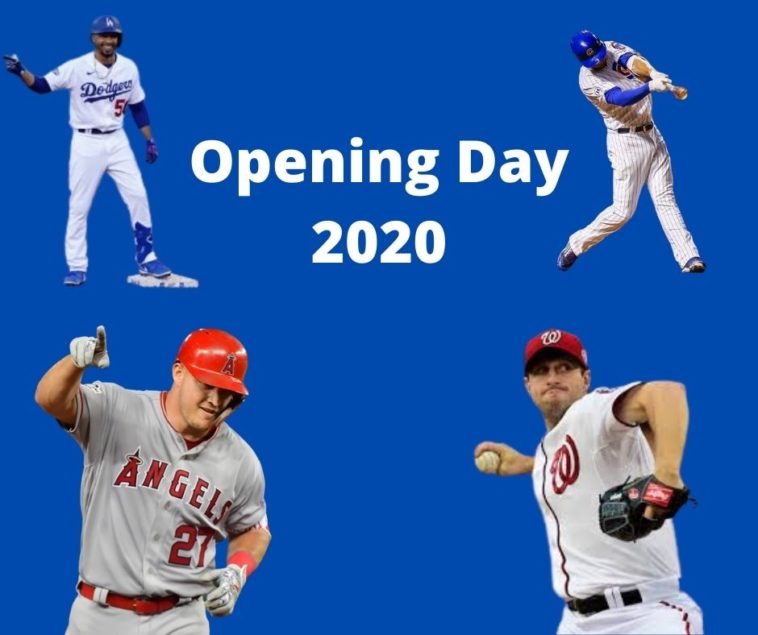 July 23rd. Calendar-wise, it’s almost the 25th, and this year it really does feel like Christmas in July. Yes, it’s much later than we all hoped or wanted. But hey, baseball’s finally here. So cut the complaints and buckle your seat belts, because there’s no time to waste. We’re in for a 60-game mad dash and what will likely become the craziest season any of us will ever see. You may not have your favorite beer vendor giving you a hard time in the upper deck at Wrigley, but this sprint to the playoffs is the real entertainment. Here are the 4 storylines I’m most excited for in the 2020 season.

1. Mike Trout’s Return to the Postseason

Yes, a shortened season deprives us of the joy of watching Trout put together yet another historic campaign at the plate. And the sad reality is that it may very well have a significant impact on his pursuit of potentially record-breaking career numbers when it’s all said and done. But the silver lining is that with such a short season, the Angels – or anyone, for that matter – may finally be able to make the playoffs! Trout’s greatness hasn’t been seen on the postseason stage since a few short games in 2014. Heck, the Angels haven’t even put together a winning season since 2015. Anything can happen in a 60-game sprint, and with the addition of Anthony Rendon, Los Angeles might just have enough to sneak by Houston and Oakland in a loaded AL West.

2. The Emergence of the White Sox

It’s time. Rick Hahn’s lengthy rebuild is coming to a close, and the Pale Hose are not a team to be trifled with. Yoan Moncada, Eloy Jimenez, and Luis Robert are a young, dynamic offensive core that’s supplemented by savvy, gritty veterans including Jose Abreu, Jams McCann, and free-agent signee Yasmani Grandal. This 2020 White Sox team feels a lot like the 2015 Cubs – green behind the ears but with a whole lot of talent and just enough swagger. Much has been made over the comparison of veteran starter Dallas Keuchel to the addition of Jon Lester to that young Cubs team, but in either case, the point is the same: the front office believes the core is ready to compete. While it remains to be seen if the pitching staff can stay healthy and if the bullpen will finally prove reliable, the offensive prowess of the White Sox should keep them competitive – and compelling – in nearly every game.

3. A Bloodbath in the NL Central

While the White Sox look to take advantage of a golden opportunity to capture the AL Central, their crosstown neighbors face an uphill battle in the NL Central. While Pittsburgh remains squarely in rebuilding mode, the other four teams in the division – Cubs, Cardinals, Brewers, and Reds – all look to be competitive in 2020. It’s hard to argue with the Cubs’ talent: the core of Baez, Bryant, Rizzo, Contreras, and Schwarber is one of the most talented in baseball. But Joe Maddon is gone, confidence in the pitching staff isn’t as high as it used to be, and the injury bug never seems to stray too far away. The Cardinals and Brewers both feature scrappy lineups hungry for postseason success, and the Reds made the most dramatic improvements of any team in the division during the offseason. The additions of Mike Moustakas and Nick Castellanos provide some much-needed pop and stability to Cincinnati’s lineup, and Wade Miley and Jose De Leon strengthen what is now one of the deepest rotations in the National League. No one quite knows how the accelerated season will affect the health of pitchers, so depth is especially critical this year. This division is truly up-for-grabs.

4. Which Rookies Will Shine Under the Pressure?

The offensive prowess of Luis Robert has already been mentioned. But the Cuban slugger may very well be competing against two other ROY candidates in his division alone; the Royals will likely feature RHP Brady Singer for a 60-game addition, and the Tigers may call up 2018 first-overall pick Casey Mize if his shoulder feels healthy. However, my pick is for Angels outfielder Jo Adell. The man can flat out play. And he’ll benefit from being in a lineup that also features Mike Trout, Anthony Rendon, and a healthy Shohei Otani.

In the National League, the Dodgers’ Gavin Lux is favored by many to bring home the rookie hardware. However, Lux will not start the season with the major league club after reporting to raining camp later than anticipated. That opens the door for a slew of other NL West newcomers to bring home ROY honors. With Buster Posey opting out of the 2020 season, the Giants’ Joey Bart should see ample opportunity to establish himself behind the dish in San Francisco. Top pitching prospect Mackenzie Gore may be the piece that puts San Diego over the top in their bid to unseat LA as champions of the West. And Rockies’ shortstop Brendan Rodgers appears to be over a labrum issue that kept part of his 2019 season on the shelf. With all of this new talent in the fold, the NL West looks to be a dynamic division for years to come.

There’s plenty to watch for as we kick of this whacky, wild extravaganza that is the 2020 season. So crack open a cold one and gorge yourself on some peanuts – even if it is from the comfort of your living room.