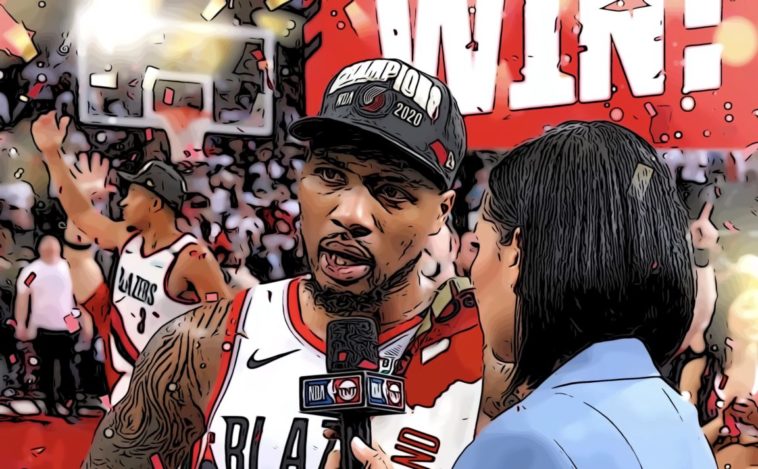 On Thursday, NBA legend Charles Barkley said that if the Portland Trail Blazers were to get the 8-seed in the Western Conference, they would beat the Los Angeles Lakers in the first round of the playoffs.

Barkley, one of the best power forwards the NBA has ever seen, is known for having bold takes on controversial topics during his time as an analyst, especially regarding the Lakers.

In 2019, Barkley accused Anthony Davis, his agent Rich Paul, and the Lakers of collusion and tampering, and said NBA commissioner Adam Silver should veto a potential trade. This was during the time that Anthony Davis was sitting out games in New Orleans after demanding a trade to Los Angeles. He ended up being fined $50k for his actions.

Moving on to 2020, as the NBA is set to resume next week, Barkley believes that the Lakers are not as strong as they are hyped up to be.

On NBA on TNT, where Barkley is a full time analyst, he said, “if the Portland Trail Blazers get in the playoffs, they will beat the Los Angeles Lakers in the first round.”

Chuck is back with another bold prediction ? pic.twitter.com/LpUTdD8CcH

It is definitely reasonable to believe that the Trail Blazers can make the playoffs, but is it something to be worried about? Entering the NBA restart in Orlando, they are currently sitting at 9th in the Western Conference, just 3.5 games behind the Memphis Grizzlies for the 8-seed.

Barkley believes that the Blazers have one of the best backcourts in the league, behind the Warriors with Steph and Klay. With that being said, the Lakers still managed to beat Portland in two out of three times that they met before the season was suspended due to the COVID-19 pandemic.

Out of all of the teams fighting for the final spot in the West, the Blazers have the most playoff experience, especially out of Damien Lillard and CJ McCollum. Lillard has played in 51 playoff games throughout his career, averaging 24.8 points and 5.9 assists per game. While these stats seem amazing, Lillard has a playoff record of 19-32, including three first-round exits.

The Blazers also have league veteran Carmelo Anthony, who returned to this NBA this season after being waived by the Bulls in February of 2019. Anthony has averaged 15.3 points per game during his time with the team.

On top of this, the Trail Blazers will be without veteran Trevor Ariza, who chose to opt-out of the resumption of the NBA season.

Along with the Trail Blazers, the New Orleans Pelicans and the Sacramento Kings also are in the hunt for the 8-seed. If one of these teams is to finish with four games of the other, they will have a play-in tournament for the final spot in the West.