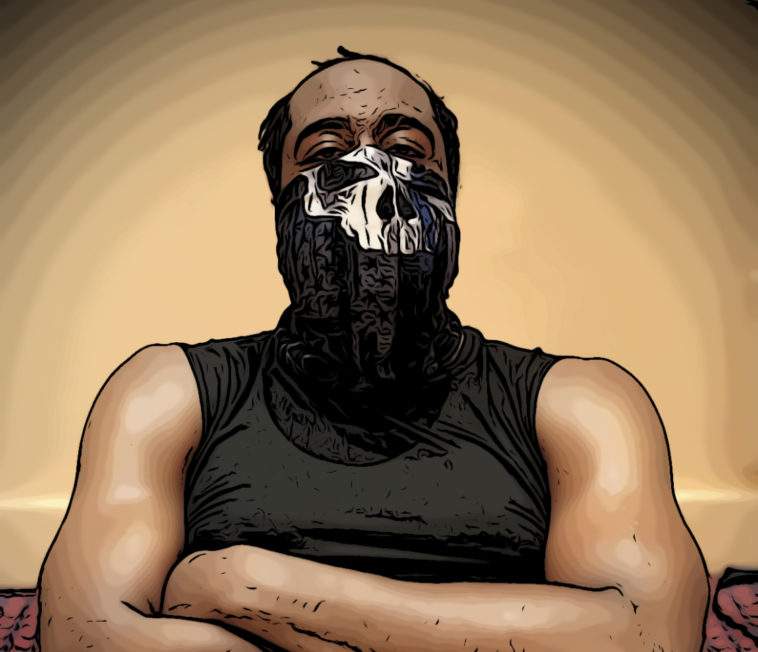 So today James Harden was seen wearing a mask that people are saying represents “Blue Lives Matter” which in other words means its a mask that supports the police which has turned into being anti the Black Lives Matter movement. Which I believe is unfair. I think it’s perfectly reasonable for him to support Black Lives Matter to it’s core and hate police brutality and also support those who work as police because most police are not bad people. Sure there are some horrid acts by police and that deserves to be voiced HARD but there is also good cops and they deserve the upmost respect.

Anyways, James Harden is one of the least politically outspoken players in the league so I am not sure if he meant anything bu this or he thought the mask looked cool. But the tweet that the internet got me going was by Rapper “Young Thug” who says that James Harden doesn’t have the internet.

Wait are you telling me James Harden, Nick Saban and Bill Belichick are the only three people in the United States that don't have the internet? ????? https://t.co/Vt9R3HE8zD

I think he means social media but whatever. At the end of the day I am not sure what kind of reaction Harden will get but he also did say this:

James Harden wore a mask supporting police and also said this… so I think it’s ok that he can support the good police and also hate police brutality. It doesn’t seem like he’s picking sides. He’s also not very political in general.. thoughts? ?

I am sure NBA twitter will not be happy about this for a few days and I do think it might be slightly unfair to James Harden. Now, if you listen to our podcasts I am the biggest James Harden hater on the internet because I can’t stand watching him play but as a person I don’t know enough about Harden to really make claims about his personality but I do know he does lay low so this probably isn’t attention he wanted or was looking for.