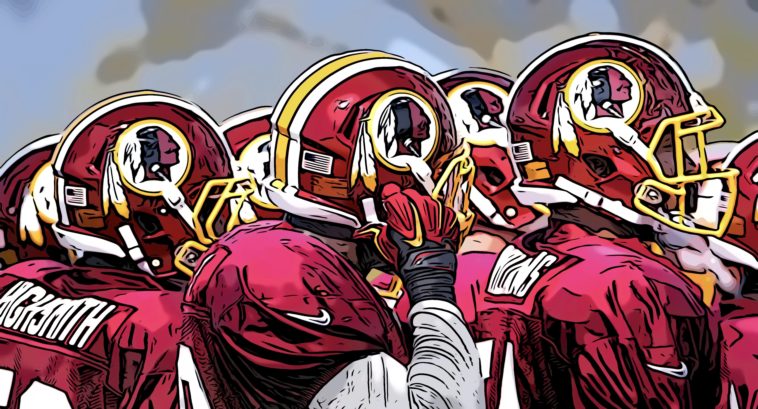 It’s been a long couple weeks for the Washington Redskins, first of all, the name. Redskins. There are companies pulling away from the team, including their field sponsor, until they change their name. Now, 15 women allege sexual and verbal harassment from Washington Redskins employees between 2006 and 2019, including some members of owner Dan Snyder’s inner circle. So it is safe to say there is a wild fire burning in DC.

Now, there is a paywall behind this Washington Post article, but there is some things we can summarize on the topic:

WaPo – A few months after Emily Applegate started working for the Washington Redskins in 2014, she settled into a daily routine: She would meet a female co-worker in the bathroom during their lunch breaks, she said, to commiserate and cry about the frequent sexual harassment and verbal abuse they endured.

They cried about the former chief operating officer’s expletive-laced tirades, Applegate said, when she recalled him calling her “f—–g stupid” and then requesting she wear a tight dress for a meeting with clients, “so the men in the room have something to look at.” They cried about a wealthy suiteholder who grabbed her friend’s backside during a game, Applegate said, and the indifference the team’s top sales executive displayed when she complained.

Applegate is one of 15 former female Redskins employees who told The Washington Post they were sexually harassed during their time at the club.

“If I bring that I want to squeeze your butt,” Mann texted.

There are also some quotes like this within the article:“He would tell me I was stupid for not being able to print something out the way he wanted, and directly follow with, ‘Oh, did you run extra yesterday, you look really good,’” Applegate said

A couple things to note here, Ron Rivera is the coach of the Redskins, and he has had his hands full in the past in regards to issues within the Panthers and their owner, so this isn’t new. Rivera is also of Native American descent, and will help the Redskins get rid of this name and move onto something they will be more proud of.

Reached out to a current Washington coach about Post article.

“No coach in the NFL is better suited to handle this. Ron went through it with Richardson (in Carolina) and has the impeccable reputation and credentials to turn things around here.”

All in all, Dan Snyder has hired a lawyer, and as always there is going to be two sides to every story. This is A LOT though and it will be interesting to see how this all plays out. Unfortunately in these situations, you hope it didn’t happen, but that would mean the women lied… so either way bad news will come out of all this. What a week in DC.

Dan Snyder has officially hired a lawyer.. buckle up for a long ride ????https://t.co/IX6Q9kioJZ