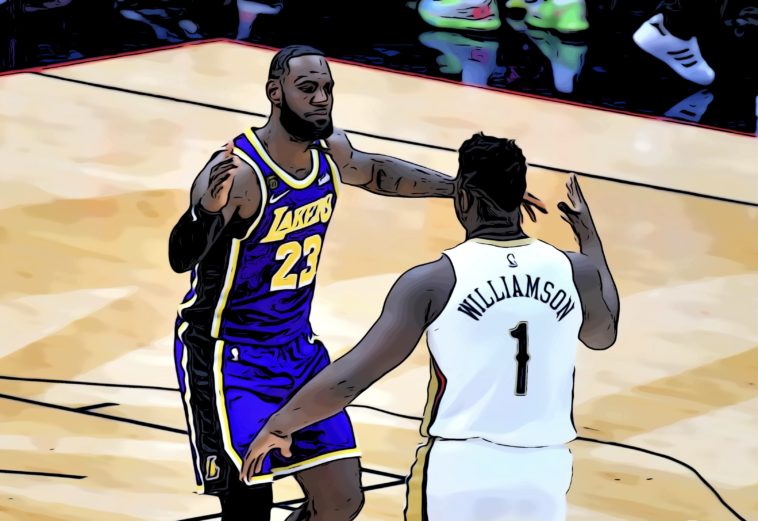 Last Friday, the NBA released modified schedules for the 22 teams that will resume play later this month. All 22 teams that were invited to play in Orlando will have a chance at a playoff spot, but there are some blatant concerns towards a potential schedule bias, especially for the New Orleans Pelicans.

When the season was suspended on March 11 because of concerns over the coronavirus pandemic, the Pelicans were 28-36, 3.5 games behind the Grizzlies for the 8-seed in the Western Conference. As the season is now set to resume and a new 8 game schedule is in place, it appears that the Pelicans have been given a clear advantage towards claiming that final playoff spot.

Can you guess which squad our NBA experts have projected as the #8 seed in the Western Conference? ?pic.twitter.com/7YbXxWPZy3

The Pelicans final four games are against the Wizards, Spurs, Kings and Magic, all of which could potentially be playing for nothing at this point based on the outcomes of other games.

On the other hand, the Grizzlies have a much more difficult schedule, including five teams who had winning records before the season was suspended. On top of this, the Grizzlies play three teams that I would consider serious contenders in the Bucks, Celtics and Raptors.

It is also important to note that the Pelicans had an easier schedule than the Grizzlies to finish off the regular season before the COVID-19 cancellations took place, but the new schedule does not necessarily give all teams the same chance to make the playoffs, which is the intent of the new 8-game play in format.

This raises the question: Why would the NBA want to have Pelicans in the playoffs rather than the Grizzlies? While the league obviously wants Zion in the playoffs to increase ratings and to add to the narrative that he is going to turn the franchise into a contender, they also want the Lakers and Pelicans to meet up in the first round because of last summer’s blockbuster trade. It ultimately seems like a major marketing move, whether it was intentional or not.

A first round match-up between the Lakers and Pelicans is something that has been dreamt about by basketball fans since the playoff discussion for the 2019 season began because of a massive trade last summer that sent Anthony Davis to Los Angeles in exchange for Lonzo Ball, Brandon Ingram, Josh Hart, and three first-round picks – including the No. 4 overall in the 2019 Draft.

While this trade depleted the young core that the Lakers had been building for a couple years, it brought together two of the best players in the league in AD and LeBron James, increasing LeBron’s chances of getting his fourth title to strengthen his legacy as the greatest player of all time.

The league has been pushing the narrative of Zion being the next LeBron/ player with a LeBron type caliber since he was drafted in 2019. Both LeBron and Zion have received high praise since high school, both were the first overall pick in their draft class, and it was also assumed that both would be the missing piece to turn around their respective franchises, which were struggling at the time of their arrival to the league.

The league needs another player like LeBron to keep things interesting. They need that player that is going to define the generation of players to come, especially with LeBron’s career winding down. The push from Zion and the Pelicans to the playoffs would begin that legacy, and this is exactly what the NBA is looking for.