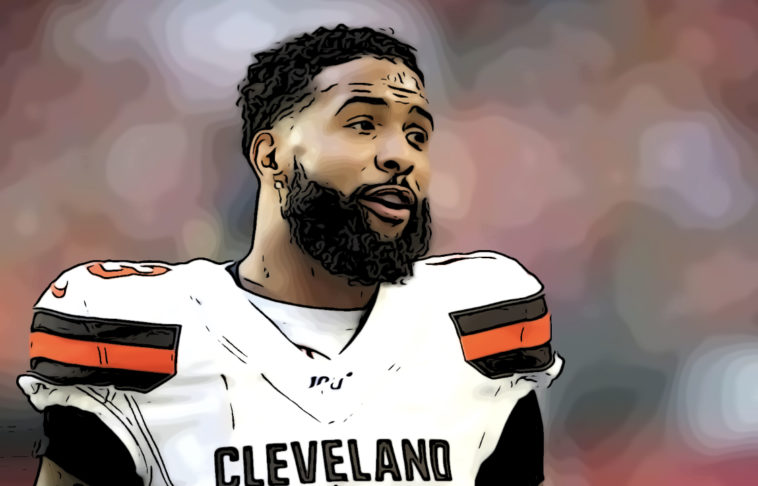 [Source] – “I thought about not playing no more. Like, this is not really it for me.”

Odell Beckham says he bottomed out so hard after breaking his ankle with the NY Giants in 2017 … he damn-near retired, saying the game just wasn’t fun for him anymore.

“I said this in college, I said, ‘I fear the day that they make this game a business and not what I love,'” Beckham said in an enlightening round-table interview with Victor Cruz, Cam Newton and Todd Gurley this week. “And when I seen that for the first time … after breaking my ankle, like, I thought about not playing no more … they’ve ruined the game of football for me a little bit.”

I try to take it easy on Odell but he makes it so easy. He is the most delusional guy of all time and he is vastly overrated. But not that just that.. he makes no sense. Do you think he really was going to retire after his ankle injury. How does breaking your ankle turn the game into a business? And was he really going to retire or was he just saying things for attention as always. The good news is he says he’s going to return to his blonde hair this season. Now the blonde hair and Odell is cool, I dig it! But I do want to say this is a make or break year for OBJ. The guy is so talented but he’s such a pain in the ass when your team is not winning games that it outweighs his talent and his numbers.. they really haven’t been great as of late.