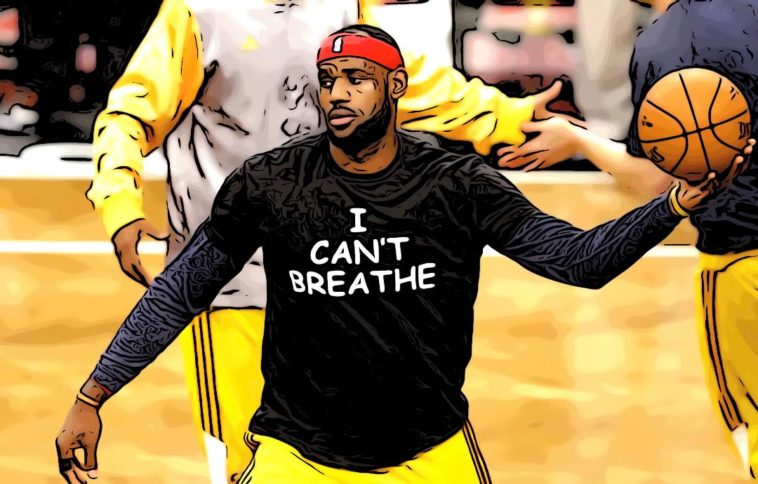 Along with painting “Black Lives Matter” on all three courts when the NBA season resumes in Orlando, the league will also allow players to switch their last names on their jersey to a short statement regarding social justice.

The proposal came from the NBA Players Association and their president, Oklahoma City point guard Chris Paul. In an interview with The Undefeated, Paul talked about the purpose of giving players the option to change their jersey name.

“The guys I talked to were definitely excited,” Paul said. “The reason I’m passionate and excited about it is that it gives a voice to the voiceless. It also gives guys a chance to shine a light on something they are passionate about. Otherwise, they may not have been given a chance to express themselves.”

The idea is supported by many players who want the NBA restart in Orlando to be focussed on social justice reform, as well as fighting systematic racism in the United States. During their time away from the court, several players have participated in and organized protests around the country to bring attention to the severe racial inequality that takes place in the U.S. every day.

Since the news of the potential ability to change names on jerseys became public, many players have taken to social media to express their views on this proposal, some serious and some not so much.

You may have seen Ja Morant’s post on his Instagram story which showed a photoshopped jersey with the message “Fuck 12,” being that his number for the Grizzlies is already 12.

Social messages that NBA players can have on their jersey instead of their name include, per @MarcJSpears:

Morant has since apologized for the post on his Twitter, saying “My post was intended to focus on the bad cops who get away with the muder of unarmed Black men and women, and those who continue to harass peaceful BLACK LIVES MATTER protesters.”

If anyone is selling a “Fuck 12” Ja Morant jersey…. I’m buying. pic.twitter.com/7q34m0GXbw

Other players and fans have expressed their opinions on the proposal as well, posting photoshopped versions of jerseys on social media to show what these jerseys would look like on players. Some of my favorites from a tweet posted by Complex were a Giannis jersey with George Floyd’s name on the back and a Russel Westbrook jersey with Breonna across the top. Various other options so far have included “BLM,” “No Justice No Peace,” and “I Can’t Breathe”.

This idea will be great for basketball because it keeps the attention of viewers directed at the ongoing social unrest in the country instead of turning that attention purely towards basketball.