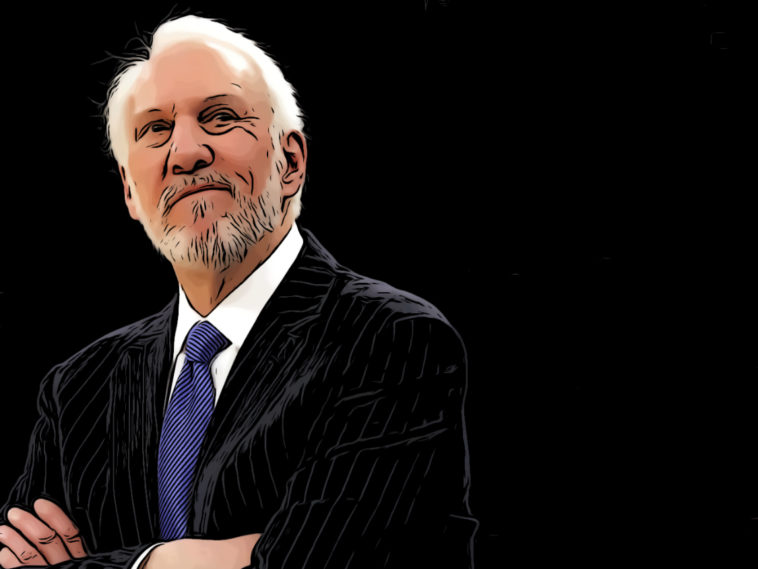 When there are no games to be played rumors like this tend to circulate. The New Jersey Nets are reportedly preparing to offer Gregg Popovich an offer he can’t refuse to coach Kevin Durant and Kyrie Irving.

San Antonio Spurs rumors are circulating to suggest that the Brooklyn Nets want to get head coach Gregg Popovich to guide their team to some titles: https://t.co/dyjfeqd7Ci

[Source] – “There’s a story going around that the owner of the Brooklyn Nets is looking to make a ‘Godfather offer’ to Gregg Popovich, and when I say the Godfather, I mean ‘something he can’t refuse,’” Brown said.

This all makes a great deal of sense, though the legitimacy of it all can be questioned. Brooklyn has built a respected organization based on lessons learned from Spurs basketball. The lead-man in charge of this change is general manager Sean Marks, who spent a large chunk of his NBA career as a player, coach and executive in San Antonio. He’s openly remarked on all that he’s drawn from the Spurs’ culture and now, he’d like to bring in the mastermind himself.

We have reached that time of year. We need games to come back because let me just say these type of rumors circulate when people are bored. There is no way that Gregg Popovich who has contemplated retirement in the past is going to want to move to the media epicenter of New York and coach Kyrie Irving. And on top of that do we even know what Kevin Durant is going to look like? So yeah I don’t think Gregg Popovich is going to risk his legacy to coach a dysfunctional Kyrie Irving and a Kevin Durant coming off an achilles injury.