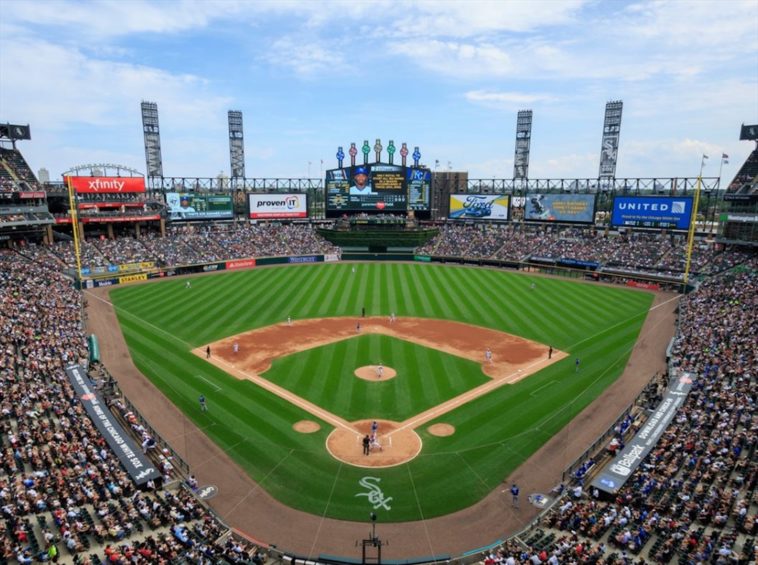 As we inch closer to the 2020 MLB season, the schedule drop was one of the last remaining pieces.  We knew Opening Day would fall on July 23-24 and that the season would wrap up in late September as usual.  We also knew the general format of the schedule, with 40 games against divisional opponents and the remaining 20 against the same division in the other league (i.e., NL Central for the White Sox).  The last piece missing was then who, when, and where in between.

Although the official schedule drop was at 5 pm Central on MLB Network, some of the details started trickling in early Monday.  First, the news that the White Sox would face the Cubs at home to close the season.

The next piece we learned was the White Sox would face the reigning AL Central Champs, the Minnesota Twins.

The #WhiteSox will open up the 2020 season at home against the Minnesota Twins, sources tell @AdamHoge: https://t.co/mjfNSiV1Bx

What a bookend to the season, especially as the White Sox appear ready to turn the corner from rebuild to contention.  Sure, the 20 games against the Royals and Tigers will help, but getting to use the Twins as a barometer right off the bat will surely be interesting.

The rest of the schedule dropped later in the evening, and can be viewed here.  While there are still some questions surrounding how likely the season is to finish, especially with the White Sox beginning to grapple with the reality of COVID-19 in house, we’ll operate under the assumption the season will finish in order to breakdown the schedule.

So what are the key dates?  Here’s what I have circled on my calendar in pencil:

This should be a fun one, with the Bomba Squad coming to town to kick things off.  While the Twins will certainly be the team to beat in the Central on paper, it will be interesting to see how the accelerated Spring Training may affect both teams.  With each team’s starting pitchers quickly ramping up, this will be a good opportunity for the Sox to start strong and steal some games early.

Until then, dreaming of Giolito dicing up the Twins like he did late last season.

Live look at an artist’s rendition of how Opening Day 2020 at Guaranteed Rate Field will go for the Twinkies #WhiteSox #ChangeTheGame
pic.twitter.com/IdvNnjEt5y

After much speculation, the Field of Dreams game is scheduled to move forward after all, with the White Sox in the game.  The opponent, replacing the East Coast restricted Yankees, will be the St. Louis Cardinals, as the MLB swaps one large national fanbase with another to pair with the upstart White Sox.

I’ve seen people complaining about it not being the Reds, which would have made sense given the 1919 World Series connection, but in the end as long as it isn’t the Cubs I don’t really care.  This way the game is still about the White Sox, and the MLB doesn’t get to twist the promotion into another North Side hype fest.

The series will then move to Chicago for two more games with an off day Friday, but this series’ crucial aspect is the game played in Iowa.

This is the last crack against the preseason favorite Twins, so getting a 4 game tilt at home to close out the season series is huge.  This series will almost certainly have enormous playoff implications for both clubs.  Not to mention, this series comes at the end of a 7 game home series, before the Sox head to Ohio for a 6 game road trip against the Reds and Indians.  With 17 games in 17 days to end the season, ripping off a few wins against the Twins at home could lead to some breathing room in the playoff hunt.

Similar to the series above, getting a four game series against a divisional rival as a 60 game season winds down will be pivotal.  The opportunity the White Sox will have, if all goes according to plan, will be to end the Indians’ playoff hopes before heading home for a victory lab against the Cubs.  A rough series, likewise, could spell doom for the Sox playoff hopes. With this series coming on the road, it’ll be in enemy territory at a time in the season when Cleveland’s dominant rotation should be at full power.

Any closing series of a baseball season is always important.  In a 60 game season where each game is significantly amplified, three games likely will be enough room to close a gap with a division or wild card leader, or collapse.  This series coming against the Crosstown Rivals certainly only heats the meaning of this series up in the stands, as both teams will (hopefully) be fighting for a playoff spot at this point in the season.  Having the chance to play spoiler, on either side of town, will be a big motivating factor here.

That back half of the season is certainly nice on paper pic.twitter.com/REGLVOxzzm