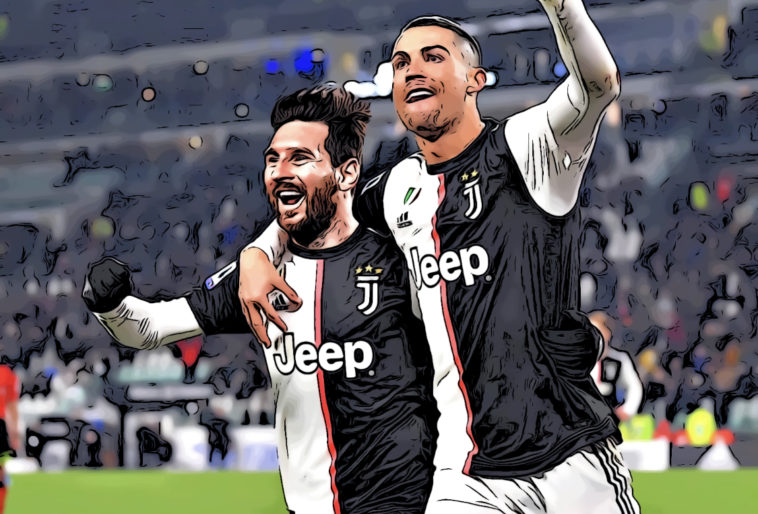 It seems like every summer we get some sort of soccer rumors that sound too outrageous to actually happen. And this summer it looks like the rumor of Cristiano Ronaldo and Lionel Messi teaming up together is the rumor that has people in the beautiful game’s world salivating at the mere thought:

Messi and Ronaldo together would be unstoppable ? pic.twitter.com/5BhPKPw3Xf

"Some agents are already dreaming about a Messi-Ronaldo double at Juventus and how big it will be around the globe."

Source: Former Brazil star Rivaldo reckons agents are conspiring to get Messi to make Juve his next stop. It has been claimed Messi, 33, will only stay at the Nou Camp if old pal Xavi Hernandez is the next manager. Messi and Ronaldo competed for the title of world’s greatest player when they were both in Spain.

That was before Portuguese superstar Ronaldo, 35, quit Real Madrid in 2018 for £99m.The prospect of the pair lining up in the same team for the first time ever would certainly whet the appetite.And it appeared to take a step closer after Spanish radio station Cadena SER reported that Messi would see out his £500,000-per-week contract at the club before moving on next summer. Rivaldo reckons agents are hatching an incredible ploy to get Messi to Turin next season.

Quick thoughts. I don’t belive that this is a possibility and I’d be quite surprised that if the two joined each other any where. With both players clamoring at claiming the status of being the Greatest Of All Time and being rivals at their time in La Liga together I find it very far fetched that these two greats would actually want to team up together. But just for fun let’s imagine if they do. How dynamic would this duo be. We’ve seen both Messi and Ronaldo continue to be dominant for Juventus and Barcelona despite being in their 30s and just the thought of the two playing together would be magnificent but I think the only way we see this is by creating a super team on FIFA. I personally believe despite the rumors I believe that Messi will remain at Barcelona for the forseeable future.