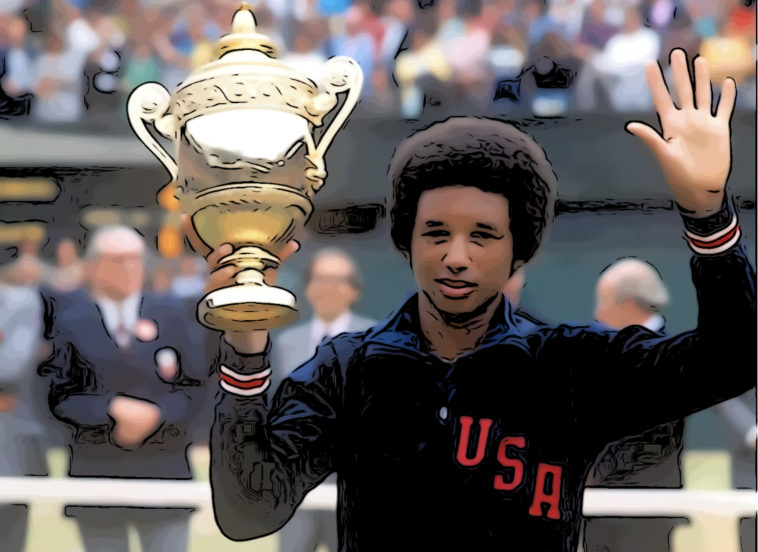 On July 5th, 1975 Arthur Ashe became the first black player in history of Tennis to win Wimbledon which is the most prestigious title in all of Tennis. In the final, Ashe beats fellow American Jimmy Connors in four sets (6-1, 6-1, 5-7, 6-4). Connors was the reigning Wimbledon Champion and ranked number one before the match.

Unfortunately this would be the final major title for Arthur’s career. He began having health issues. Only 4 years later in 1979 he suffered a heart attack while giving a tennis lesson. He would undergo numerous surgeries. And during one of those surgeries Arthur Ashe contracted AIDS from tainted blood. He died in 1993 from AIDS related complications he was only 49.