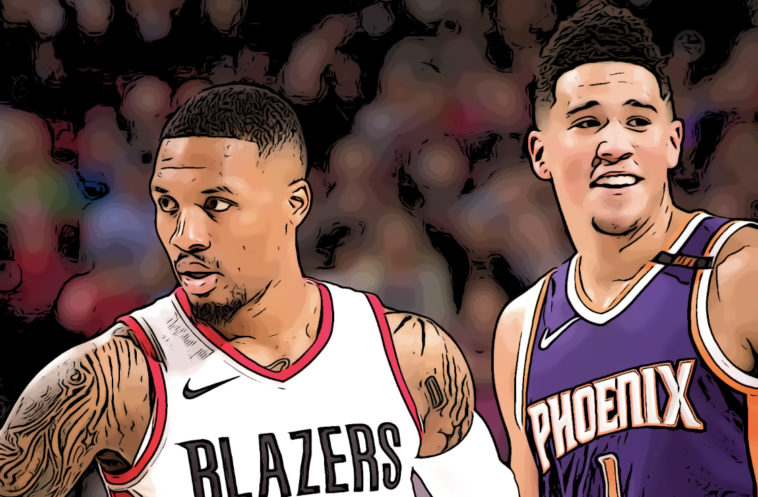 It’s July 5th. It’s a little later than usual because of Coronavirus but we are getting our favorite rumor mill report. The New York Knicks have not one, but TWO superstars (well kind of superstars) that would like to join them. This time it’s Damian Lillard and Devin Booker.

According to @NYPost_Berman, if Damian Lillard were to ask for a trade, “it’s believed” the Lakers and Knicks would be his top choices. pic.twitter.com/khgTYHYlOD

Devin Booker could emerge as a trade target for the New York Knicks, per @NYPost_Berman

"…since Leon Rose was hired as president, the player to watch out for most is Suns combo guard Devin Booker, according to league sources."

Here’s the thing. Could this actually happen? I say yes. However, Lillard is not some spring chicken and is getting older and the Knicks have had some bad luck with point guards who are getting older. Meanwhile, I am a huge Devin Booker fan I like his game. But he hasn’t won shit. So what is the most likely scenario? Probably they both end up in New York and Lillard gets old and Booker puts up big stats and they just lose a ton of games. There’s nothing I’d like to see more than the Knicks come back to life but man I feel like it’s more of a long term plan than a short term plan.