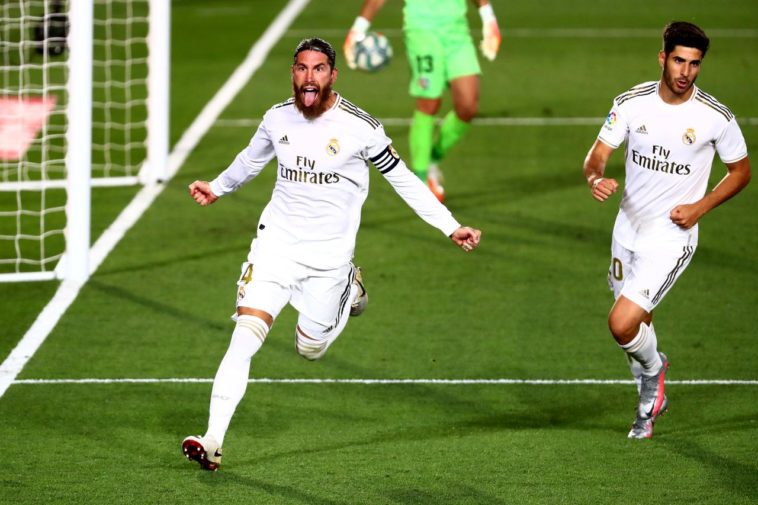 Real Madrid continued their winning form and also took advantage of a Barca tie to gain a 4 point advantage in La Liga.  Real Madrid and Getafe played an even match, but Madrid’s defensive strengths and deep squad continues to carry them through games to victory. Madrid have 5 games left in the season to claim the title.  Varane took a ball to the face, was substituted halfway through the match, and is now a doubt for the next match.  Hopefully he does not miss too much time, as his absence will be missed.  Their next match is Saturday versus Athletic Club.

Another clean sheet. Made a very fine save in the first 10 minutes to deny a Getafe opener.  World class.

Strong game from the Frenchman.  His offensive abilities and confidence going forward is improving each game.  Provided a beautiful low cross to Vini in the first half.

Was playing at his usual high level, until he had to be substituted.

Another strong performance, and another goal from the penalty spot.  He is cruising right now and playing at an extremely consistent level.

Work rate and hustle continues to be great. Won the penalty that Ramos converted.

The defensive anchor.  Was all over the pitch and had to work all night long.

Provided a cheeky pass to Mendy for the early chance to Vini.  Like most of the squad, if humming along and showing class game in game out.

So calm while on the ball and his decision making is superb.  Was congested and followed for the whole game

Back in the starting lineup to inject some pace and did just that.  Was denied a great early chance by the sprawling Getafe keeper.  Was not provided much space after that was was eventually substituted.

Another player who craves time on the ball, but was not afforded this luxury by Getafe.  Had a shot saved in the second half.  Another quiet performance.

Quiet night for Big Benz.  Getafe did not allow him to get the ball.  Benz needs balls into the box and he did not get much of that during the match.

Was not the strongest performance from Militao, and he will need to improve with Varane injured.